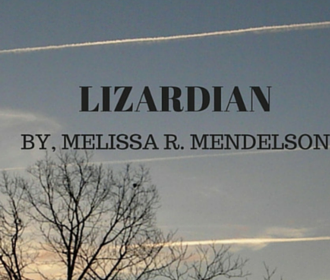 A Horror/Sci-Fi Thriller that chases after the tales of Stephen King, Lizardian dives deep into the psyche of who we really are deep inside. Now part of what I am calling, “The Notebook Stories,” Lizardian was first written around 1996, then disappearing into dust, cardboard boxes, and dresser drawers. It has returned to a time, where we hunger to explore the unexplained, the soft country side decorated by an alien dome, the concept of being human, and the fear of evolution. What if what we create leads to our destruction, but not only does Lizardian dance between those lines, it also re-traces the steps left from my teen-aged life. And unlike the other “Notebook Stories,” Lizardian is being written as a series only available on Channillo.com with all subscriptions being donated to The Leary Firefighters Foundation.

By age 23, 49 percent of black men in the U.S. have been arrested, “which can hurt their ability to find work, go to school, and participate fully in their communities,” a new study in the journal Crime & Delinquency found.

By age 23, 44 percent of Hispanic males and 38 percent of white males have been arrested.