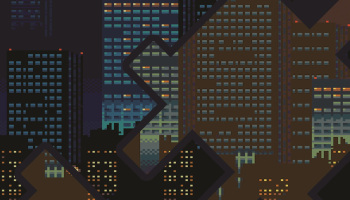 A novel by Gary Beck

Four close friends: Ted, son of a former anti-Vietnam war activist; Philippe, son of a French mother and a former South Vietnamese General; Kevin, son of old money parents; and Lys, disowned by her family for being a lesbian, leave Yale to start a computer gaming business. Start-up money allows them a luxurious, continent spanning lifestyle, while developing their first game. It is a hit that attracts hordes of devoted gamers and instantly the pressure of follow-up games and personality quirks haunt the friends. This success allows an even higher upscale lifestyle that leaves them in a quandary when disaster strikes.

Flawed Connections is a 506 page novel. Available in paperback with a retail price of $20.95 and eBook with a retail price of $6.99. The ISBN is 978-1-61296-533-8. Published through Black Rose Writing and available now through all major retailers. For more information or to request a review copy, contact Black Rose Writing at creator@blackrosewriting.com.

Gary Beck has spent most of his adult life as a theater director, and as an art dealer when he couldn’t make a living in theater. He has 11 published chapbooks. His poetry collections include: Days of Destruction (Skive Press), Expectations (Rogue Scholars Press). Dawn in Cities, Assault on Nature, Songs of a Clerk, Civilized Ways (Winter Goose Publishing). Perceptions, Displays, Fault Lines and Tremors will be published by Winter Goose Publishing. Conditioned Response will be published by Nazar Look. His novels include: Extreme Change (Cogwheel Press) Acts of Defiance (Artema Press). Flawed Connections (Black Rose Writing). His short story collection, A Glimpse of Youth (Sweatshoppe Publications). His original plays and translations of Moliere, Aristophanes and Sophocles have been produced Off Broadway. His poetry, fiction and essays have appeared in hundreds of literary magazines. He currently lives in New York City. His website is garycbeck.com

Black Rose Writing is an independent publishing house established in 2006. We feature books from an array of fiction, non-fiction, and children’s book genres, all having one thing in common, an individual’s originality and hardship. You can visit blackrosewriting.com for more information.

“No snowflake in an avalanche ever feels responsible.”