PIECE #1
Many human beings spend a lot of time online. Some look to self-educate as well as connect with others worldwide. The number of internet users from 2000 to 2012 increased over 2 billion. Yet those online are only about 34% of the global population.1 Thus, about 66% are not e-connected.

For those fortunate enough to be reading this, time offline could be considered as a way to connect with two-thirds of the two-legged consciousness of the planet. Come to think of it, the trees are not online, the birds are not online, the mountains and valleys are not online though many speak for them and you can find their images and sounds on screens large and small.

PIECE #2
According to Wikipedia, there are approximately 7.1 billion human beings living with the planet, and approximately 1.3 billion are Chinese and 1.2 billion are East Indian; combined they make for more than one-third of the population.

Not everyone reads words. The Chinese have a picture-language. One of the simplest yet most profound writings ever, the Tao Te Ching, emanates from China. Bear in mind, though, that “After the Communists took over China in 1949, [the companion] I Ching was denounced as a book of feudalism and superstition. It was banished from the market, and reading it was not allowed.”2

Somewhere beneath China’s massive new concrete roadways and perhaps still on them flow those threads of timeless wisdom.

India is a land of a plethora of forms of yoga, meditation, raga and such like. Also,

according to Wikipedia, “Chennai is home to around 35-40% of India’s total automobile industry and for this reason it is known as the Detroit of Asia. It is on the way to becoming the world’s largest Auto hub by 2016 with a capacity of over 3 million cars annually.”4

Boomtime is nice but they might want to look into the not so crystal ball to see what’s happened in Detroit.

Whatever it is about the Chinese and Indian cultures that you know or don’t know, at least learning something helps to tune-in to a huge piece of the global consciousness.

PIECE #3
In his book Globalistan (2009), Pepe Escobar cites the stat that, “Since 2005 more than 3 billion people—half of the global population—are urban.”

Not only rubber tires, but the rhythm of human feet daily beat the concrete streets. Yet, Indigenous Peoples are often on the front lines literally protecting the water, etc. that affects everyone. Recent protests to stop fracking in New Brunswick, Canada are a prime hotspot; the Elsipogtog First Nation, a Mi’kmaq Nation, is not only taking action to protect their ways and people, they are protecting the well-being of Mother Earth. 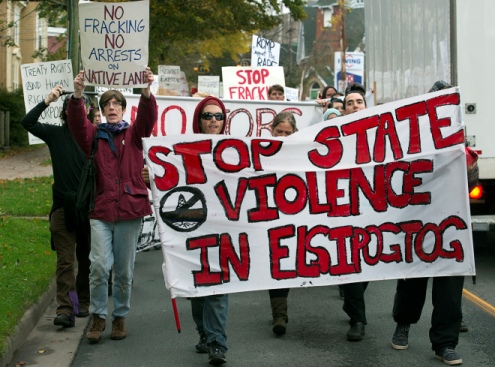 Demonstrators rally against shale gas exploration in Halifax on Friday, Oct.18, 2013. The effort was in support of protesters including members of the Elsipogtog First Nation, who rallied against SWN Resources and its plans for shale gas development in New Brunswick.

According to Tiokasin Ghosthorse, host of First Voices Indigenous Radio, there are about 350 million Indigenous Peoples living on and caring for 70% of the pristine land that is left on the planet. Now, think about that and you will get some insight as to how important it is that corporate-governmental powers stop abusing Mother Earth and her children. Think about that some more and you will get some insight as to why the status quo would rather you think Indigenous Peoples are a fascinating relic of a bygone era. As will be shown in the following pieces, small numbers can have a large effect.

PIECE #4:
Actually getting a piece of pie and having it be nourishing is, unfortunately, not that simple for many people.

Food, energy, and the military intertwine, with the latter often being used to control the former and then some. 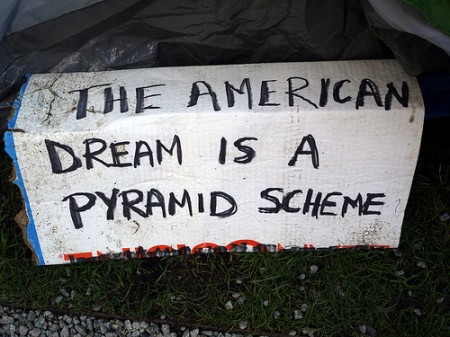 The Occupy Movement highlighted the economic pie’s vast imbalances with such slogans as, “We are the 99% percent.” Yet according to Jason Bellini of the Wall Street Journal, there’s a kind of pyramid scheme within the 1%:

Addressing the pathological sense of entitlement that many of the elite have (not all of the elite are nutzo), William Manson, in his article, ”The Politics of Sociopathic Narcissism,” writes:

Since politics is basically ruled by the corporate-banking state, it is not unfair to suggest that global wealth imbalances are essentially due to the sociopathic-narcissism of a small minority of distorted personas on the world stage.

We hear a lot about the 1% with their control of resources worldwide and the ensuing greed, yet there can be a positive and egalitarian effect with similar numbers. Ready for another slice?

PIECE #6
“Never doubt that a small group of thoughtful, committed, citizens can change the world. Indeed, it is the only thing that ever has.” ― Margaret Mead

“Gregg Braden, in The Isaiah Effect, claims that early sages and prophets suggested that one tenth of one percent of humanity could shift the consciousness of the world.”10 Transcendental Meditation calls a similar phenomenon, the Maharishi effect:

The proof is in the pudding but the idea that 8,367 human beings can have a powerfully positive effect on the world gives new meaning to such clichés as, “Every little bit helps.”

PIECE #7
While many are looking for inner and world peace, many are also looking for a piece of ass or thereabouts. Each has its place.

According to a Forbes article:

Yet the numbers are, uh, larger from another article13:

PIECE #8
People are apt to share the last piece so this section has no one theme.

A recent “Popular Resistance Newsletter – Finding Our Way To Empathy, Passion And Resistance” has a stat reflecting the changing tide from capitalism to something more genuinely egalitarian:

Even though a tremendous number of people may support something, because of the sociopathic tendencies of the corporate-state minority actual change can take a lot of work. The food industry is a case in point:

Seymour Hersh’s idea of how to fix journalism: 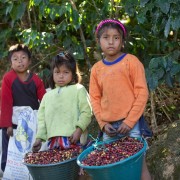 abusive practice toward fellow human beings and Mother Earth. Eduardo Galeano highlights this both strikingly and eloquently in his book Open Veins of Latin America: Five Centuries of the Pillage of a Continent.

I’m no political statistician but many times have noticed how elections go and often it is 51% percent victories over 49% losses.

In the recent Venezuelan presidential election, Nicolás Maduro got 50.6% and Henrique Capriles Radonski, 49.1%

Oftentimes in the political arena, much hangs in the balance on a thin thread.

While such elections can have a major impact on the rest of world – in this case Venezuela being a focal point for much of the geo-political dis-engaging from the USEmpire’s hegemony (with its 1000? military bases) – in other parts of the world it is the political system itself that gets in the way. As Russell Brand recently wrote,

Considering the global grasping for resources, one of the most powerful ‘voting’ tools is the wallet. The entire corporate-commerce system is based on end-result sales; if those sales can be changed – whether through boycott, consumer pressuring of companies, or simply buying stuff somewhere else – that’s one way that the “ruthless efficiency” (to quote Monty Python) of the system can be undermined.

So the next time you get some coffee and a piece of pie, it might interest you to know where it comes from and how it was produced.

A TIP FOR THE READER:
Whether having to do with global population aka human beings, hunger, energy supplies, peacefulness, sexuality, elections, and so on, as William Carlos Williams’ little poem, “The Red Wheelbarrow,” reminds us: