Mother Earth Day – What My Father Taught Me (Essay By Mankh) 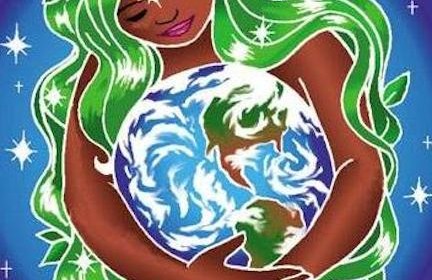 2/5 - (3 votes)
Mother Earth Day .  .  . When I was a teenager, after being wished a Happy Father’s Day, my father would say (with a drily humorous look), “Every day is Father’s Day.” It sounded like a quip, yet there was a humble truth to it . . . true respect and love for someone is an everyday experience.

So here it is, umpteen years later on another Mother Earth Day and, well you can guess what’s next . . . every day is Mother Earth Day. If you’re a Settler, the first ‘official’ Mother Earth Day was 1970, whereas for Indigenous Peoples the first was umpteen to the Nth years ago. While it is helpful to have such days to raise awareness and provide a focus for activities, part of the day needs to be a reminder of every day.

Much of the capitalist economy revolves around holidays, some of the biggest being Halloween, Mother’s Day, Valentine’s Day, and the seemingly eternal purchasing-and-gift-giving fest known as Christmas. Nowadays, even Mother Earth Day runs the risk of being co-opted for ‘green sales’ with chain-stores and corporations doing ‘nice’ things to help the environment . . . that they or their suppliers have probably helped pollute.

What’s lacking, though ever more surfacing in mass consciousness, is the realization of where all the gifts come from: the cost of the extractions. Too often, this means the rape of Mother Earth. It’s not just the dollar cost, but the cost to the environment, quality of life in general, and preservation of land, air, and water, as well as the typically slave labor that is part of the extraction-to-product equation, the sad math of a toxic legacy.

Adding to all that is the war zone that protecting Mother Earth has become:

“In the years between 2002 and 2013, at least 908 people were killed defending environmental and land rights, according to a new report, Deadly Environment, put forth by the human rights group Global Witness.”

The scope of wins, losses, and decisions in progress is vast so the examples herein are meant to give a glimpse of what’s happening.

In the victories department:

“In a vote cheered as a victory for democracy, one community in British Columbia has given a flat rejection to a proposed tar sands pipeline. Over 58 percent of voters who headed to the polls in the North Coast municipality of Kitimat on Saturday said ‘no’ to Enbridge’s Northern Gateway project.

“‘We do not, we will not, allow this pipeline,’ Peter Erickson, a hereditary chief of the Nak’azdli First Nation, told the six federal bureaucrats. ‘We’re going to send the message today to the federal government and to the company itself: Their pipeline is dead. Under no circumstances will that proposal be allowed. Their pipeline is now a pipe dream.’ . . . The Yinka Dene have spearheaded a petition against the pipeline that has been signed by 160 First Nations groups in B.C. – most not located near the proposed pipeline route.”

“Bold Nebraska is a grass-roots movement of families, farmers, cowboys, Indians and community members standing up to the energy extraction industry, resisting the Keystone Pipeline and protecting the Earth and the People using creative and imaginative tactics . . .

“A group of ranchers, farmers and tribal communities from along the Keystone XL tarsands pipeline route, called the Cowboy and Indian Alliance, will, on April 22nd [Mother Earth Day], ride into Washington DC on horseback and set up camp near the White House to tell President Obama to reject the pipeline. Reject and Protect is the name of this action. Reject the pipeline; protect the Earth and the People . . .

“Four days later, on Saturday April 26th at 11 AM, thousands of people will join them on the National Mall (between 7th and 9th Streets) to stand together for a final message that the Keystone XL pipeline and the tar sands must be rejected to protect this, and future generations. Tribes, farmers and ranchers are all people of the land, who consider it their duty as stewards to conserve the land and protect the water for future generations.”

So “the land”, aka Mother Earth, is bringing people together, like how a Mother wants all siblings to get along.

On the front lines of stopping the KXL pipeline are tipi spiritual camps, the Rosebud Lakota Shielding the People Spiritual Camp (also see “Moccasins on the Ground”) and Pte Ospiye Spiritual Camp.

Already taking direct action, the “Rosebud Sioux Tribe in South Dakota halted its first megaload and directed its businesses to prohibit the purchase of fuel to anything that transports material affiliated with the TransCanada XL tarsands pipeline!”

In Minnesota, “Honor the Earth filed its Memorandum of Law in Support of its motion to dismiss the application by Enbridge for the Sandpiper [Pipeline Project] route permit.”

And, “MN 350, the Sierra Club, Honor the Earth and others are fighting Enbridge Energy of Canada before the Public Utilities Commission . . . Enbridge seeks to increase its enormous oil transport system using its existing Alberta Clipper Pipeline through Minnesota, increasing the barrels per day of tar sands crude oil from 450,000 to 800,000 piped from Alberta, Canada, to Superior, Wis.”

In the chapter “Pipelineistan” in his book Globalistan (2006), Pepe Escobar writes:

“Thus the ‘war on terror’ was never about a ‘clash of civilizations’ between Islam and the West, much less ‘terrorism.’ The name of the game from the beginning has been Pipelineistan: monster oil Corporatistan profits to be made by controlling Central Asia-Caspian sea oil and gas, bypassing both Russia and Iran, and exerting extra pressure on China.”

Following that geo-political logic, one can assume that the current pseudo Cold War with Russia/ Ukraine/Crimea/US-NATO is predominantly about access to and availability of natural gas and oil. In Russia, think Gazprom, the “largest extractor of natural gas and one of the largest companies in the world.”

No surprise either that, like an additive, the military is mixed in with the oil. As Escobar also notes, with regard to the BTC (Baku-Tbilisi-Ceyhan) pipeline, “. . . it’s not a coincidence that the pipeline ends right next door to the massive American airbase at Incirlik.”

In his book Vulture’s Picnic, Greg Palast highlights, among other things, the geo-political-military-oil-riggings of Azeribaijan/BP (British Petroleum) and affiliates; as the book’s subtitle states, In Pursuit of Petroleum Pigs, Power Pirates, and High-Finance Carnivores. Palast also explains how PIGs (Pipeline Inspection Gauges) can be rigged so that oil companies can save face as well as dollars. His recent article “Lap Dancers, the CIA, Pay-offs and BP’s Deepwater Horizon” shows trans-national shenanigans at its finest. As example, “. . . the U.S. Department of the Interior gave BP a new contract to drill in the Gulf of Mexico––right next to where the Deepwater Horizon went down.”

The following headline sampler further accentuates the need for an every day is Mother Earth Day consciousness:

“Death of the Bees: Two-Thirds of European Honeybee Pollen Contaminated By Dozens of Pesticides” 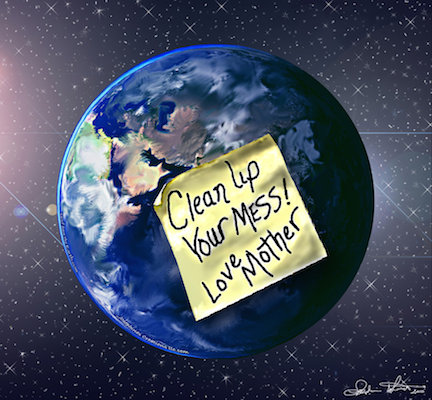 Going by the recent number of oil spills and tanker transport explosions, it’s clear that many of these pipeline corporations are as trustworthy as a two-year-old running across a white carpet with a glass of grape juice; the two-year-old is, however, good-natured.

According to “Shield The People – Oyate Wahacanka”:

“The XL pipeline is the current leading threat to the survival of the planet and these spiritual tipi camps are our best opportunity to stop it. Lakota men and women are putting their lives on the line for all of us, and they need your help.”

In a world of fiber-optics and wireless transmissions it is ironic that world affairs and perhaps the well-being of humanity is riding on the transport of liquids and gases through pipelines.

However complicated geo-political-military affairs may be and however entangled the web of mainstream-media lies, the simplicity of my father’s words remain a lodestar for virtually any occasion, issue, or holiday: the true test is living every day and caring for whatever and whomever you are drawn to.

While oil, natural gas, and other extracted commodities have a shelf life, Mother Earth is here for the long haul – will you join forces with Her, or will you just fill up the tank and drive off into the sunset of your own satisfaction?

For a powerful documentary on the dangers of pipelines and what’s at stake, watch “Sacred Spirit Of Water”