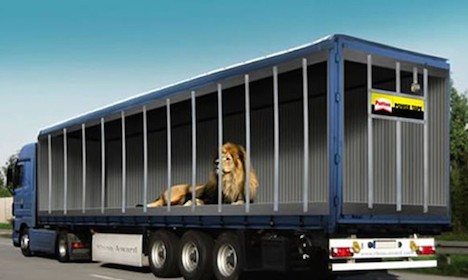 “In Lakota, we don’t have a word for animal – in Latin, ani means ‘soul’ and mal means ‘bad’, so we can’t call these creatures that we consider to be our brothers and sisters ‘bad souls’. Each life form that we can name we call a ‘Nation’ – there’s the Ant Nation, the Tree Nation, Air Nation, Water Nation…”

Temple Grandin helped create a more humane way of butchering cattle for human consumption; she respects the sentient being-ness of the four-leggeds. Grandin is “a consultant to the livestock industry on animal behavior.”

While vegans might shudder at the whole affair, there is a humaneness to the situation — akin to the Last Supper, or (at least in the movies) having a cigarette before facing the firing squad. The moral of the story: If cattle are to be slaughtered it can be done respectfully, the way that the Inuit and others say prayers, give thanks to the living-being who gives its life to feed and provide resources for the two-leggeds.

In the words of Angaangaq, a shaman from Greenland:

“I can say that with clear conscience in my heart that I have never in my life hunted to kill, I’m only hunting to eat.”

African People were treated the way those who behave like animals (‘bad souls’) nowadays treat what some call animals in the industrial factory assembly-line of food.

And the African Americans are still being corralled, in Ferguson, Missouri… still being enslaved by the prison industrial complex.

“It is seen that after World War One
The industrial revolution
Took over food production in the U.S.A.
And inadvertently divorced humanity
From its ecological intimacy”

But the divorce (from a people now known to have a ~50% divorce rate after ‘till death do us departing’) started centuries ago when Native Peoples were called savages and animals, and not too long ago this was accentuated by an ‘animal’ who is still influencing modern thinking and predatory capitalism.

Ayn Rand said, in a Q and A session following her Address To The Graduating Class Of The United States Military Academy at West Point, New York, March 6, 1974:

“[The Native Americans] didn’t have any rights to the land and there was no reason for anyone to grant them rights which they had not conceived and were not using…. What was it they were fighting for, if they opposed white men on this continent? For their wish to continue a primitive existence, their “right” to keep part of the earth untouched, unused and not even as property, just keep everybody out so that you will live practically like an animal, or maybe a few caves above it. Any white person who brought the element of civilization had the right to take over this continent.”

And they are still being penned in reservations and stereotypes.

The mindset behind much of this is explained in Steven T. Newcomb’s book Pagans in the Promised Land: Decoding the Doctrine of Christian Discovery:

“Once the conqueror considers indigenous peoples’ spirit of resistance to have been successfully broken, they are then regarded as having been “tamed” and “domesticated” based on their willingness to live quietly “inside” or “within” the “domestic” space of the conqueror’s domain, sphere, or state of empire and domination.”

“…the category heathen serves as a tacit cognitive function of judgment based on negation: not  Christian, not positive, not good, not fully human, not civilized.”

Jewish People were herded into train-cars, then roasted like pigs but there was no meal except maybe the gold teeth and eyeglasses worth some cash (such ‘animals’!).

And they are still being labeled “swine” by neo-NotSees in Ukraine and elsewhere.

Odd thing. People deemed crude or coarse get name-called “swine”, but at breakfast some people enjoy a side of bacon. Along with tipping the waitress, they can whisper gratitude… Thank you, Pig Nation.

Elephants are being poached to feed the global ivory trade. Mostly for more trinkets, more jewelry… Elephants, a symbol of memory. If they all go, we may all lose our minds.

Women sometimes say that, when it comes to men and sex, they don’t want to be treated like a piece of meat. And why are women, that men deem ugly, referred to as dogs, yet dogs are considered man’s best friend?

To those who behave like ‘animals’ everything is a commodity: elephants, cattle, water, mountain tops, human beings…

In a BBC radio interview, a 90-year-old woman from Ferguson (who, along with others, while attempting to speak with the Governor, had been arrested, booked, let go and given an October court date for “failure to disperse”) said: “The police are human beings, they could joins us.”

But for now many of those who behave like ‘animals’ have tear gas, armored vehicles, etc.

If you live by the word, “egalitarian” is a good one for helping to remedy many of our global troubles.

Then there’s embracing Indigenous Peoples’ way of respect for all Nations.

Olympic officials have distributed 100,000 condoms among the 7,650 athletes at the Winter Games in Sochi, Russia — the minimum number required by the International Olympic Committee after the condoms ran out during the 2000 Sydney Games.