Essay – The Play’s The Thing (By Mankh) 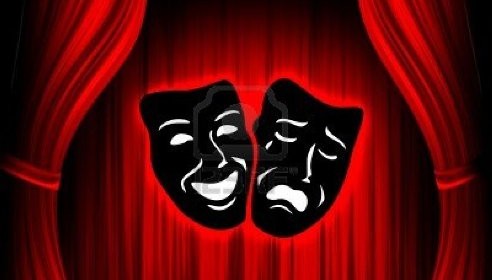 Prelude:
The stage depicts a halcyon summer day, except that in the background are two pools of water, one with nuclear radiation, the other with over 36,000 gallons of oil, plus natural gas hovering above.

first, the quote from Rove:
“We’re an empire now, and when we act, we create our own reality. And while you’re studying that reality — judiciously, as you will — we’ll act again, creating other new realities, which you can study too, and that’s how things will sort out. We’re history’s actors . . . and you, all of you, will be left to just study what we do.”1

Politicians as actors, whatta concept! Actually, this is something the ancient Greeks were hip to and tried to warn us about.

The ancient Greeks seem to have discovered a dividing line between genuine-fake (actor) and fake-fake (con-artist). “Whereas hypokrisis applied to any sort of public performance (including the art of rhetoric), hypokrites was a technical term for a stage actor and was not considered an appropriate role for a public figure.”2

“[Samantha] Power is a longtime Obama adviser who worked on his 2008 presidential campaign and ran the human rights office in the White House,”3 but her affinity for human rights seems to draw the line with human logic, as witness this doozie:

“U.S. ambassador to the U.N. Samantha Power declared Monday that findings contained in the U.N.’s report about the use of chemical weapons in Syria last month should be seen as confirmation of U.S. claims that the forces of President Bashar al-Assad were behind the attack. The report itself, however, makes no such claims . . . ”4

In the world of “creating other new realities,” reports, claims, facts be damned. 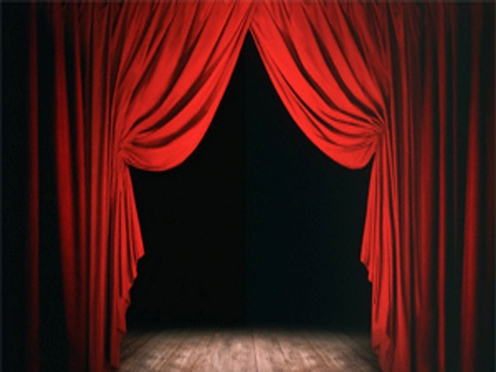 Act I
Samantha Power, suddenly dizzy with power, finds herself sitting on a park bench, having historical flashbacks . . .

A steamy summer day. Two southern democrats, Senator Carter Glass of Virginia, and Representative Henry B. Steagall of Alabama, sponsor a bill. Enter President Franklin Delano Roosevelt. Sensing panic in the audience (a panic that had begun with the stock market crash of 1929), FDR signs the Banking Act of 1933 “which separated commercial banking from investment banking and established the Federal Deposit Insurance Corporation.”5

“The term Glass–Steagall Act, however, is most often used to refer to four provisions of the Banking Act of 1933 that limited commercial bank securities activities and affiliations between commercial banks and securities firms.”6

But hang on to your seat, it’s only Act I!

He then signs “into law the Gramm-Leach-Bliley Act, which repealed the Glass-Steagall Act.”8

“The gall,” cries a townsman.

“No, the Steagall!” cries a townswoman.

“My nose is Gargantuan! You little Pig-snout, you tiny Monkey-Nostrils, you virtually invisible Pekinese-Puss, don’t you realize that a nose like mine is both scepter and orb, a monument to my superiority? A great nose is the banner of a great man, a generous heart, a towering spirit, an expansive soul–such as I unmistakably am, and such as you dare not to dream of being, with your bilious weasel’s eyes and no nose to keep them apart! With your face as lacking in all distinction–as lacking, I say, in interest, as lacking in pride, in imagination, in honesty, in lyricism–in a word, as lacking in nose as that other offensively bland expanse at the opposite end of your cringing spine–which I now remove from my sight by stringent application of my boot!”9

Nervous laughter from the audience as the lights go…. out!

Act III
The lights remain out. It is, after all, a dark age.

This Hypocrisies Act highlights the proverbial fox guarding the henhouse and/or circular illogic revolving door. Avant-garde directors may wish to use a hen-house with a revolving door.

Enter a cast of characters (which can be rotated from performance to performance), including Michael R. Taylor, the FDA’s deputy commissioner for Foods and a former lawyer for Monsanto and Margaret Miller, deputy director of the FDA’s Office of New Animal Drugs and a former Monsanto research scientist.10 All are dressed as hens and/or foxes (no offence to hens and/or foxes.)

From the rafters a blank screen descends. The fox-hens are forced to watch the documentary “Inside Job” which reveals the Wall St./banking/government revolving door.

The town crier enters laughing (hypocritical, yes, but effective):
“The hypocrisies are the breaking down of legitimate barriers and guidelines that would normally be expected to protect the populace from shenanigans.” 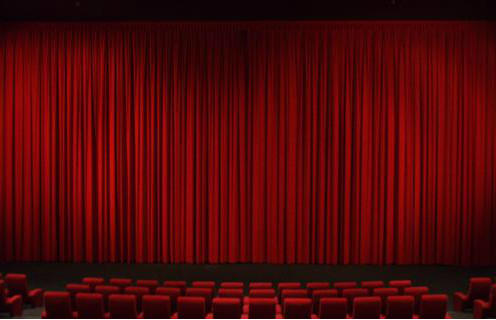 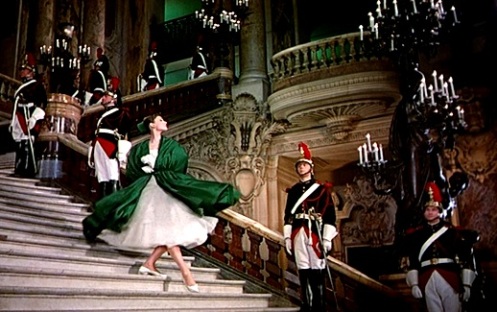 While the issue of chemical weapons in Syria gets wrestled with by the UN, the US continues to be a junkyard for spent bullets.

Recently, near Times Square, the Keystone NYPD Cops fired at and mostly missed two citizens.11 That situation was more fortunate than when Aaron Alexis (an awardee of a National Defense Service medal and Global War on Terrorism Service medal), opened fire in the Washington Navy Yard killing 12 people.

The medals are “issued to large numbers of service members who served abroad and in the United States since the 9/11 attacks.”12

In another sorta, kinda cosmic blowback – after the USE (United States Empire) belligerently postured toward Syria, flash floods attacked Boulder, Colorado, which, due to precarious energy infrastructure, is already experiencing Tepco-like side-effects.

“Over 18,000 gallons of oil have leaked into Colorado’s South Platte and St. Vrain Rivers as historic flooding continues to wreak havoc upon the state. One 5,250-gallon spill happened near Milliken, while a second, 13,500-gallon release happened near Platteville. The leaking tanks are owned by Anadarko, which stated on Thursday that ‘there were no impacts to the environment due to our drilling or hydraulic fracturing activities.’ In addition to the oil leaks, Noble Energy reported ‘natural gas releases’ from three of its wells, with one of those releases still not contained.”15

Anadarko reads from the same script as Power-trip and Rove-ing Eye, or else they have never seen “No Impact Man: The Documentary.”

Yet, as ever-optimistic, forward-thinking actors, er, politicians are wont to be, Colorado Gov. John Hickenlooper stated: “We’re going to come back and rebuild better than it was before.”16

However, before rebuilding, the Governor might want to look into the above mentioned leaks as well as this article. “Colorado’s Oil and Gas Infrastructure Drowning in Climate-Driven Floodwaters”17

Speaking of Tepco and Fukushima, Harvey Wasserman writes: “All the resources our species can muster must be focused on the fuel pool at Fukushima Unit 4.”18

But how does that happen when all eyes are on Syria?

At the end of Intermission, the results of an audience survey are announced:

“Even though over 80% of those polled said that it was certain or likely Assad used chemical weapons on Syrians—evidence of which has yet to be documented—the majority (59%) of respondents said that Congress should not pass a resolution authorizing the use of military force.”19

A theater critic scribbles in his journal: The survey shows the general peacefulness yet gullibility of the people, er, audience.

Act IV
Which brings us to the current gorilla hypocrisy (no offense to the endangered primates) in the room. 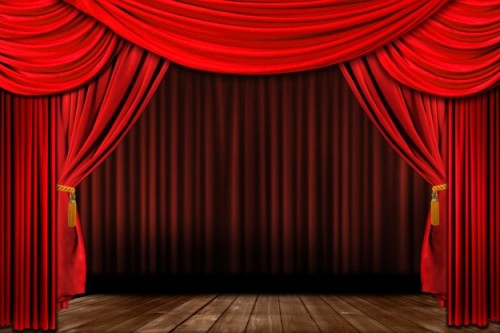 “In a front-page article Tuesday [Sept. 17], the New York Times reported that a United Nations report released the day before on the August 21 chemical weapons attack in the suburbs of Damascus ‘strongly implicated the Syrian government.’ In fact, the report did no such thing. The story’s headline, ‘UN implicates Syria in using chemical weapons,’ is a cynical distortion of reality tailored to meet the needs of the US government for war propaganda. While the UN inspectors reported ‘clear and convincing evidence’ that surface-to-surface rockets carrying sarin gas were used in the attack, the report provided no indication as to whether it was government forces that fired these rockets, or the Al Qaeda-led ‘rebels’ that are backed by Washington and its allies.”20

Wait, wasn’t the entire premise for the GWOT, the surveillance state, and the suspension of various Constitutional Rights — the fighting and defeating of Al Qaeda?

Due to projectile coughing from various audience members, Junior Mints are now seen to be airborne (no offence to the refreshing and chocolate-coated confection).

Another article posits: “If the U.S. does get involved, we will actually be helping al-Qaeda terrorists . . .”21

With various audience members gagging on Junior Mints, an usher cries out: “Is there a Doctor in the House?”

In a recent article, Dr. Paul Craig Roberts, former Assistant Secretary of the US Treasury, writes:
“Keep in mind that Washington’s 12 years of wars, which have doubled the US national debt and left the federal government without the means to help the rising number of Americans whose jobs have been given to foreigners and whose homes are foreclosed, have their origin in 9/11, the investigation of which was prevented by the White House.

“After resisting for one year the pressure from 9/11 family members for an investigation, the White House created a political panel to listen to the government’s line and to write it down in the 9/11 Commission Report, a report promptly disavowed by both co-chairmen of the commission and the chief legal advisor, all of whom described the 9/11 commission as ‘set up to fail.’

“The Obama regime has shown no interest in investigating how the most powerful national security state of all time, a Stasi police state that spies on the entire world, could be defeated by a few Saudi Arabians, who had no support from any government or any intelligence service, or why instead of a real investigation, the Bush White House chose an orchestrated cover-up.”22

In the pit, the orchestra plays “There’s No Business Like Show Business” from “Annie Get Your Gun.” The music gets louder and louder in an attempt to drown out the words of the Doctor:
“The US government’s claim to have killed bin Laden has a zero probability of being true. According to Pakistani eye witnesses to the attack on the alleged Osama bin Laden compound in Pakistan, the Obama regime’s claim is simply more theater, more lies.”23

Act V
The dark stage is suddenly transformed by a flickering candle. In the distance can be heard the sound of a Native drum, the chanting of Buddhists, NFL coaches calling for a Hail Mary, the murmured prayers of un-hypocritical townspeople. A great blue heron flies over the audience to the ethereal sounds of a Sufi flute . . .

Mankh (Walter E. Harris III) is an essayist and resident poet on Axis of Logic. In addition to his work as a writer, he is a small press publisher and Turtle Islander. He edited and published the book, The (Un)Occupy Movement: Autonomy of Consciousness, Practical Solutions, Human Equality, and hosts an audio show “Between the Lines: listening to literature online.” You can contact him via his literary website.

About 48 million Chinese, most of them wealthy or well educated, have migrated abroad in recent years to escape China’s corruption, political oppression, and air pollution. A recent survey found that 64 percent of well-to-do Chinese citizens are either in the process of emigrating or are planning to emigrate.