Doctors prescribe Fentanyl for severe pain relief since it is 50 to 100 times more effective that morphine.  Since this drug can be sold as a patch or lozenges it is fairly easy to abuse and misuse.  In the US illegal drug dealers are mixing it with heroin or cocaine to get a better high for the user.  Most of the time the user is not told this and may have an overdose episode which may end in death.  Deaths from overdose have risen in a year by almost 47% – about 28,000 have died from overdoses involving the synthetic opioids – which includes Fentanyl – other than methadone.

Law enforcement has reported that the overdose of opioids has increased due to illegally produced Fentanyl.  There has been an increase in deaths since 2012 because of the availability of the non-pharmaceutical Fentanyl. 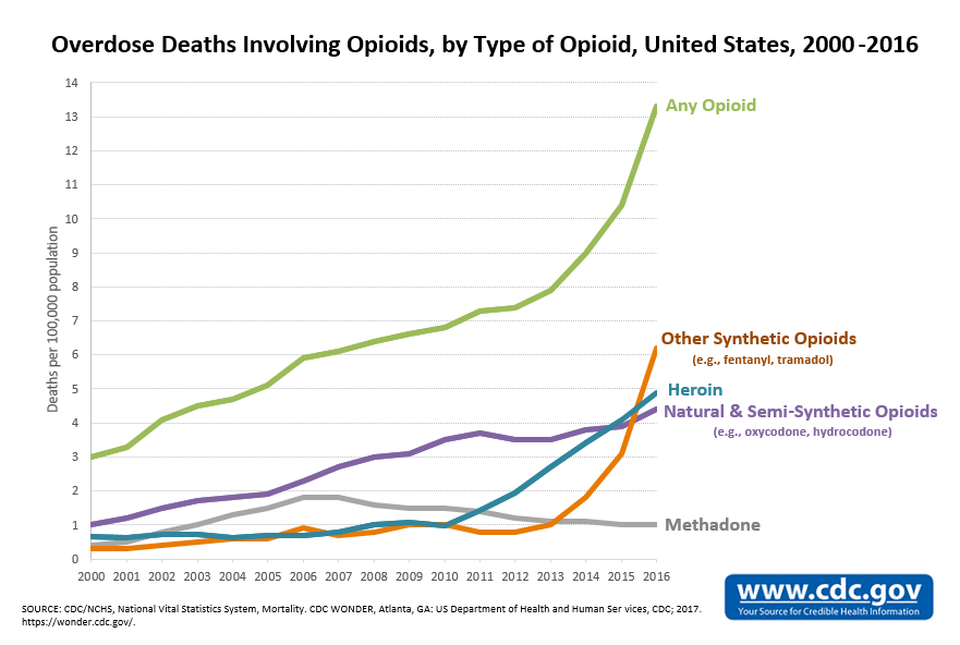 This is the same drug that was blamed for the accidental death of Prince.  There has been a nationwide surge in overdose deaths due to opioid use.

If Fentanyl is taken in large amounts it will paralyze the muscle in the chest wall and cause the person to stop breathing.  The prescription says to take in small doses to prevent this from happening.

More than half of the 2.6 million veterans of the Afghanistan and Iraq wars struggle with physical or mental health problems related to their service.
Only 35% believe that both wars were worth fighting, but 87% are proud of their service.