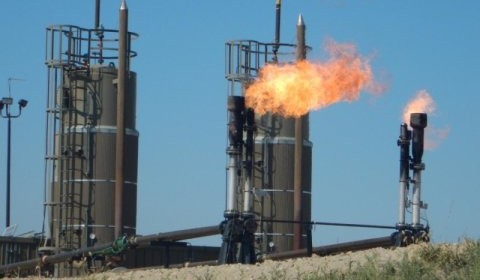 Annual global carbon dioxide emissions from fossil fuels could drop slightly in 2015, according to a report from the Global Carbon Project led by a Stanford University researcher. This surprising result contrasts with the rapid growth in emissions before 2014, underlining the need for action to stabilize and permanently lower global CO2 emissions, the researchers conclude.

While CO2 emissions have slowed during times of economic recession, this would be the first decline during a period of strong global economic growth, Jackson said.

“Decreased coal use in China was largely responsible for the decline in global CO2 emissions,” said report co-author Corinne Le Quéré of the University of East Anglia in the United Kingdom. “After a decade of rapid growth, China’s emissions rate slowed to 1.2 percent in 2014 and is expected to drop by 3.9 percent in 2015.”

The researchers identified China as the world’s top CO2 emitter in 2014, responsible for 27 percent of global emissions, followed by the United States (15.5 percent), the European Union (9.5 percent) and India (7.2 percent).

“Whether a slower growth in emissions will be sustained depends on the use of coal in China and elsewhere, and where new sources of energy will come from,” said co-author Pep Canadell of Australia’s Commonwealth Scientific and Industrial Research Organization (CSIRO). “In 2014, more than half of new energy needs in China were met from non-fossil fuel sources, such as hydro, nuclear, wind and solar power.”

This trend was also accompanied by slower global growth in petroleum use and faster growth in renewables, with wind and solar capacities achieving record increases in 2014.

“The most promising finding in our report is the coupling of lower carbon emissions with a strong economic growth of more than 3 percent,” said Jackson, a senior fellow at the Stanford Woods Institute for the Environment and at the Precourt Institute for Energy. “But even if we reach peak global emissions within a decade or two, we’ll still be emitting massive amounts of CO2 from burning fossil fuels.”

Achieving climate stabilization will require reducing emissions to near zero, he added.

“Reaching zero emissions will require long-term commitments from countries attending the climate meeting in Paris this week and beyond,” Jackson said.

The Global Carbon Project, part of the International Council for Science and Future Earth, addresses climate change by providing regular analyses of the global carbon cycle.

It’s the dirtiest of fossil fuels. We burn eight billion tons of it a year, with growing consequences.
The world must face the question:
CAN COAL EVER BE CLEAN?