NASA scientists report that 2017 was the second hottest year on record for this century.  The first is from 2016 where the El Nino – a temperature phenomenon from the Pacific Ocean that tends to increase temperatures – effect took place.  It was the hottest air temperature on record since record keeping started in the year 1880.  Because 2017 was not an El Nino year they expected the temperatures to be lower than 2016 but as it turns out they were higher by 1.62 degrees.  Researchers say that this trend is being brought about due to human activity and does not plan on slowing down.

The hottest air temperature in Phoenix, AZ has been recorded at 120 degrees and above which is now not uncommon for this area of the US. NASA scientists are continuously concerned about the warming of the planet. 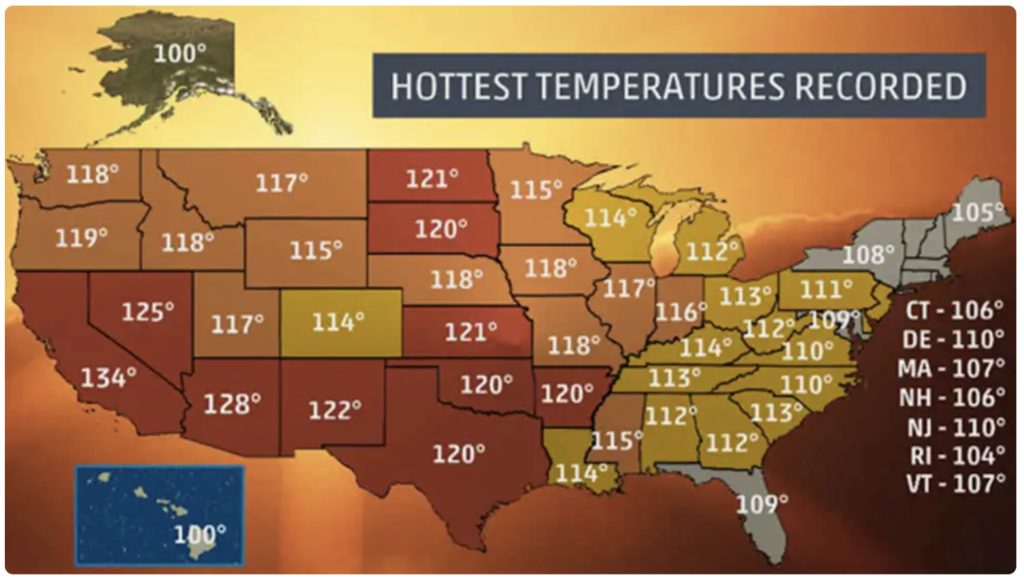 Regardless of whether new high temperature records are set, heat should be taken seriously as it is the weather event that produces the most fatalities each year. Knowing the highest temperature that has been reached in your state may help to understand just how dangerous the heat can be, especially when dew points are taken into account.

Concerns about increased global warming, scientists worry about what record high temperatures the future will bring.

More than half of the 2.6 million veterans of the Afghanistan and Iraq wars struggle with physical or mental health problems related to their service.
Only 35% believe that both wars were worth fighting, but 87% are proud of their service.