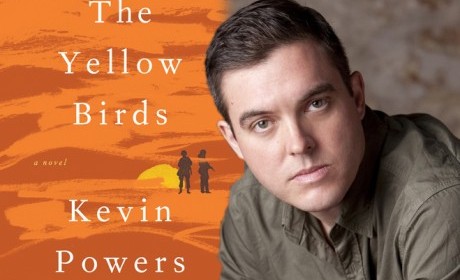 Iraq War veteran and first-time author Kevin Powers has written a war novel that “can stand beside All Quiet on the Western Front or The Red Badge of Courage” said John Burnside in The Guardian (U.K.). Narrated by Pvt. John Bartle, a 21-year-old U.S. Army soldier, this “extraordinary” book tells us precisely what it was like to be a combatant in the Iraq War while offering “a highly sensitive and perceptive portrayal” of young men coming of age under stress.

The story unfolds in jagged yet poetic prose, all of it leading to a horrific incident that threatens to “destroy both Bartle’s mind and any lingering moral sense” he still possesses. Powers writes about the psychological effects of war with “enormous emotional precision” said Michiko Kakutani in The New York Times. He also has an uncanny ability with language. “Glimpses of ordinary life—a hyacinth garden, a swallow tracing the shape of an alley—alternate with scenes of horror that feel like something out of a Hieronymus Bosch painting”