What Actually Controls the Internet 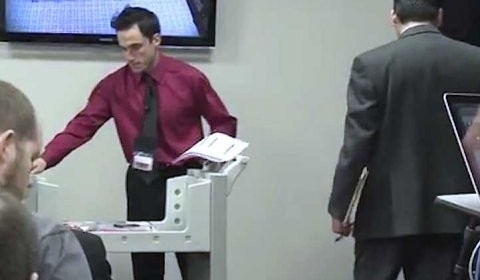 5/5 - (1 vote)
You won’t believe what actually controls the Internet… The entire internet is controlled by seven actual, physical keys.

Four times a year since 2010, a highly secure ritual known as a key ceremony takes place that involves 14 people, 7 keys, and the secret information about what actually controls the Internet.

The people conducting the ceremony are part of an organization called the Internet Corporation for Assigned Names and Numbers (ICANN). ICANN is responsible for assigning numerical internet addresses to websites and computers and translating them into the normal web addresses that people type into their browsers.

If anyone were to gain control of ICANN’s database, that person would theoretically control the internet. For instance, the person could send people to fake bank websites instead of real bank websites.

On the other hand, if a disaster happened, the ICANN database could need to be rebuilt. So ICANN came up with a way to do that without entrusting too much control to any single person. It selected seven people as key holders and gave each one an actual key to the internet. It then selected seven more people to be backup key holders: 14 people in all.

The actual keys unlock safe deposit boxes stashed around the globe. What those boxes contain are smart key cards. Combined, those 7 smart cards make up the “master key.” The master key is password of sorts that can access the ICANN database. Once accessed, full control is granted.

Four times a year since 2010, the seven key holders meet for the key ceremony where they generate a new master key.

Gaining access to the ceremony is so intense, it involves passing through a series of locked doors using key codes and hand scanners, until entering a room so secure that no electronic communications can escape it.

After this quarterly ritual takes place, the group single-files out of the room one by one, and then they all head to a restaurant and party.

Here’s a video of the very first key ceremony conducted in 2010. Skip to 1:58 to see the ceremony.

It’s the dirtiest of fossil fuels. We burn eight billion tons of it a year, with growing consequences.
The world must face the question:
CAN COAL EVER BE CLEAN?