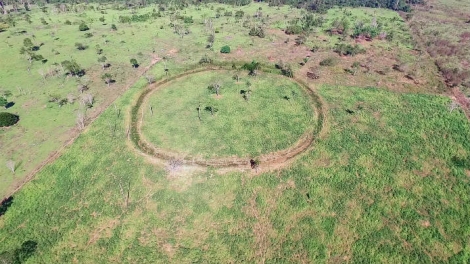 Researchers have found that deep in the Amazon Rain Forest there lived over a million people in an area of 7% of the basin before the Europeans arrived.  Satellite images show that undiscovered glyphs are across the Upper Tapajos Basin in Brazil.  The Amazon Settlements are between 500 and 750 years old and were previously thought to be pristine wilderness.  Now it has been discovered to have 81 ancient settlements covering from Bolivia to Brazil.  The search discovered that the ancient Amazon Settlements’ people had canals, roads, water reserves and causeways.  During the search of the areas they found evidence of ceramics, stone axes, fertilized land and garbage dumps.  The sites varied in size from small villages to more complex fortified settlements that housed plazas and roads.  More research shows that instead of millions of people inhabiting the area there might have only been between 500,000 and a million.

“Crime is art for lazy people.”