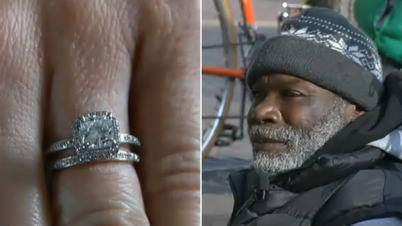 4.4/5 - (28 votes)
A homeless panhandler, Billy Ray Harris who returned a diamond engagement ring accidentally thrown into his change cup has had his generosity repaid many times over. Sarah Darling of Kansas City, Mo., mistakenly gave her ring to Billy Ray Harris last week, and he happily returned it the next day when she retraced her steps.

Since Harris’s good deed hit the headlines, over 7,300 donors have pledged $168,000 to a donations website set up by Darling’s fiance. “I like it, but I don’t think I deserve it,” said Harris. “What has the world come to when a person returns something that doesn’t belong to him, and all this happens?”

By the end of the fundraiser, the donations had reached $190,000 which helped Billy Ray Harris buy a new car, put a down payment on a home, and begin fulfilling his dream of starting a house painting company. Another unexpected windfall was that Billy Ray Harris was able to reconnect with his family which he had not seen in a long time.

“Golf is so popular simply because it is the best game in the world at which to be bad.”