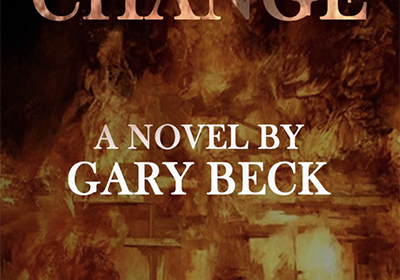 A middle class family flees the crime and poverty of Detroit for a fresh start in New York City. A fire leaves them homeless and they are forced into the nightmare of the homeless system. A determined woman saves her family and new friends from a violent gang, so they can start a new life.

Extreme Change is a 277 page novel. Available in paperback with a retail price of $15.99. ISBN: 978-1-941058-99-2, the kindle edition is $5.99. Published by Winter Goose Publishing. Available now through all major retailers. For information or to request a review copy, contact:
jessica@wintergoosepublishing.com 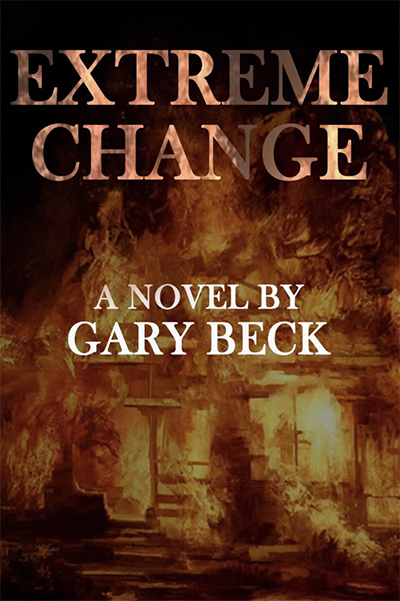 Gary Beck has spent most of his life as a theater director and as an art dealer when he couldn’t earn a living in the theater. He has also been a tennis pro, a ditch digger and a salvage diver. His original plays and translations of Moliere, Aristophanes and Sophocles have been produced Off Broadway. His poetry, fiction and essays have appeared in hundreds of literary magazines and his published books include 26 poetry collections, 10 novels, 3 short story collections, 1 collection of essays and 1 collection of one-act plays. Published poetry books include:  Dawn in Cities, Assault on Nature, Songs of a Clerk, Civilized Ways, Displays, Perceptions, Fault Lines, Tremors, Perturbations, Rude Awakenings, The Remission of Order, Contusions and Desperate Seeker(Winter Goose Publishing. Forthcoming: Learning Curve and Ignition Point). Blossoms of Decay, Expectations, Blunt Force, Transitions, Mortal Coil and Temporal Dreams (Wordcatcher Publishing, Forthcoming: Redemption Value and Fractional Disorder). Earth Links, Too Harsh For Pastels and Severance (Cyberwit Publishing). His novels include a series ‘Stand to Arms, Marines’: Call to Valor, Crumbling Ramparts and Raise High the Walls (Gnome on Pig Productions). Acts of Defiance, Flare Up and Still Defiant (Wordcatcher Publishing. Forthcoming: Until the Bell and Pirate Spring). Extreme Change(Winter Goose Publishing). His short story collections include: A Glimpse of Youth (Sweatshoppe Publications). Now I Accuse and other stories (Winter Goose Publishing) and Dogs Don’t Send Flowers and other stories(Wordcatcher Publishing). The Republic of Dreams and other essays (Gnome on Pig Productions). The Big Match and other one act plays (Wordcatcher Publishing, Forthcoming: Collected Plays of Gary Beck Volume 1 and Four Plays by Moliere – Translated then Directed by Gary Beck)). Plays of Aristophanes, translated then directed by Gary Beck will be published by Cyberwit Publishing. Gary lives in New York City.

Winter Goose Publishing is an independent publisher founded in 2011. We are a royalty-paying publisher dedicated to putting out the best literature in prose, poetry and art; covering a variety of genres. For more information go to:http://wintergoosepublishing.com

Gary Beck has spent most of his adult life as a theater director, and as an art dealer when he couldn’t make a living in theater. He has 11 published chapbooks and 3 more accepted for publication. His poetry collections include: Days of Destruction (Skive Press), Expectations (Rogue Scholars Press). Dawn in Cities, Assault on Nature, Songs of a Clerk, Civilized Ways, Displays, Perceptions & Fault Lines (Winter Goose Publishing). Tremors, Perturbations, Rude Awakenings and The Remission of Order will be published by Winter Goose Publishing. Conditioned Response (Nazar Look). Resonance (Dreaming Big Publications). His novels include: Extreme Change (Cogwheel Press), Flawed Connections (Black Rose Writing) and Call to Valor (Gnome on Pigs Productions). Sudden Conflicts will be published by Lillicat Publishers and State of Rage by Rainy Day Reads Publishing. His short story collection, A Glimpse of Youth (Sweatshoppe Publications). Now I Accuse and other stories will be published by Winter Goose Publishing. His original plays and translations of Moliere, Aristophanes and Sophocles have been produced Off Broadway. His poetry, fiction and essays have appeared in hundreds of literary magazines. He currently lives in New York City.

“Smile, for everyone lacks self-confidence and more than any other one thing a smile reassures them.”