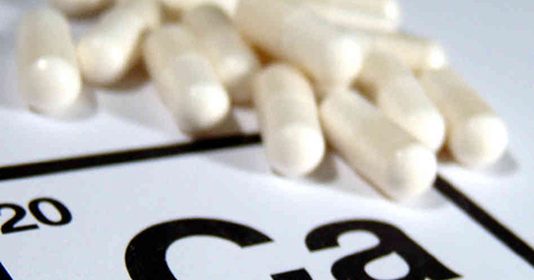 Researchers have found that in some women who take calcium supplements and have had a stroke may suffer from dementia as they grow older.  Women who suffer from cerebrovascular disease which is a disorder that effects the blood flow to the brain are also at a risk to develop dementia.  Strokes are the fifth leading cause of death in women.  To prevent osteoporosis, it is recommended to have 1000 to 1200 mg daily to prevent this.  Women who have low calcium take the supplement to help to raise their number since they don’t get enough from their diet.  Supplements are now in question due to their effect on women’s health and dementia.

There was a study on 700 women who were dementia free and were between the ages 70 and 90 for five years.  They were given tests at the beginning and the end of the test to measure their brain function regarding memory and thinking skills.  About 59 of the women during the test suffered strokes and another 54 suffered dementia during the time. During the test 71% of the women who had CT scans had developed brain lesions in their white matter.  Cerebrovascular disease comes from these lesions.  The study showed that women who took the supplements were more likely to develop dementia.  After they did more studying it showed that the women who were taking the supplements after being diagnosed with cerebrovascular disease were the ones that would come down with dementia more often than the women who had not suffered the disease while taking the supplements.

The study couldn’t say for sure that if you take calcium supplements you are going to suffer dementia since it was a small number of participants.  They do say that if you get your calcium from the food that you eat you have a better chance of not getting dementia.

51 Million –
Number of refugees, asylum seekers and internally displaced people in 2013, according to the U.N. — the most since World War II. Afghans, Syrians and Somalis made up more than half the global refugee population