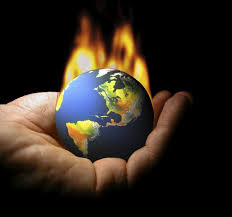 An analysis of isotopes in marine fossils from around the world yielded the most complete record of Earth’s temperatures yet—and showed that the planet is heating up at a rate unprecedented in the past 11,300 years. Scientists say that if it weren’t for greenhouse gas emissions, a cooling trend that began 5,000 years ago after a shift in the planet’s orbit and angle would likely be continuing, advancing Earth toward another ice age. Instead, global warming at its current pace will heat the planet between 2 and 12 degrees further by 2100, challenging many species’ ability to adapt. “The climate changes to come,” says NASA climate researcher Gavin Schmidt, “are going to be larger than anything that human civilization has seen in its entire existence”

437,000 –
Number of murders worldwide in 2012, according to a new report from the U.N. Office on Drugs and Crime, which said only about 43% of intentional homicides result in convictions.