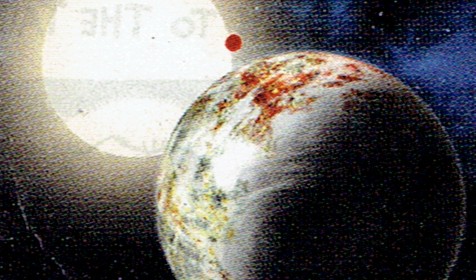 Astronomers have discovered the larg­est rocky planet yet, and its existence has profound implications for our understanding of the early universe and the potential for extraterrestrial life. Kepler-10c, which was spotted by NASA’s Kepler space telescope, has a diameter of roughly 18,000 miles—more than twice that of Earth —prompting scientists to create a new class of planets, dubbed “mega-Earths.”The body’s rocky compo­sition was a surprise, as any planet that large was expected to attract hydrogen as it formed, resulting in a Jupiter-like gas giant.

What’s more, Kepler-10c orbits a star about 560 light-years away in a solar system that is 11 billion years old, indicating that the planet may have formed less than 3 billion years after the Big Bang, when the universe contained mostly hydrogen and helium. The heavier elements, like silicon and iron, were produced in star explosions, and astrono­mers had theorized that several generations of stars had to come and go before those ele­ments would occur in sufficient quantities to form large, solid planets. But “finding Kepler-10c tells us that rocky plan­ets could form much earlier than we thought,” Dimitar Sasselov, direc­tor of the Origins of Life Initiative at Harvard University says. “And if you can make rocks, you can make life.”

A growing number of Middle Eastern men are undergoing surgical hair transplants to attain thick, luxurious mustaches, which are seen as a symbol of virility and maturity. OneTurkish plastic surgeon reports that he now performs about 60 of the $7,000 transplants a month, in which hair is moved from the scalp to the upper lip.