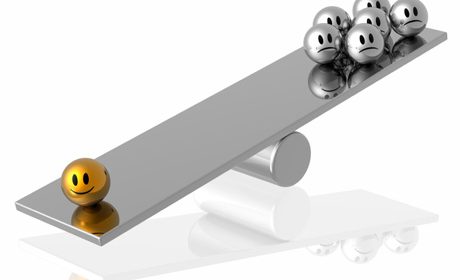 A notice appeared in the paper recently with the names and faces of eight men who have a combined wealth of $426 billion. According to Oxfam International, in 2015 this would have equaled the amount of wealth held by half the world’s population, the poorest half.

Oxfam International is a confederation of charitable organizations in 90 countries seeking to stop the injustices that cause global poverty. They have been tracking wealth and poverty in the world for a long time.

It’s remarkable that six of the eight men are Americans: Jeff Bezos, Michael Bloomberg, Warren Buffett, Larry Ellison, Mark Zuckerberg and William Gates.  Only Carlos Slim, the Mexican billionaire, and Amancia Ortega, the Spaniard, are from other countries.

Oxfam blames what it calls this “obscene wealth” on laws that have shifted the tax burden form the wealthy to the middle class.

Supposedly this concentration of wealth has grown a great deal since Ronald Reagan’s administration.  President Donald Trump has said that he supports an additional tax cut of 15% for billionaires.  Some say this might result in an even smaller middle class although the dynamics of the connection are not entirely clear to the average layman. But many people would probably agree the six wealthiest Americans don’t seem to be in need of any additional tax breaks.

According to Oxfam, America is not the only nation where the wealthy seem to be living quite well, thanks to the failure to collect proportionate taxes.

In Africa, Oxfam says that $15 billion dollars is hidden from tax collectors, quite a sum on a poor continent. Critics say that the $15 billion, if collected, could bring health care to four million residents in Africa and put a teacher in every African classroom whatever number of classrooms that might be.

In Europe, says Oxfam, Greece and Italy lead the way in citizens avoiding taxes. Both nations are enduring difficult times. Some critics maintain that uncollected taxes if collected would bring relief to these overburdened economies.

Failure to collect taxes, according to Oxfam, endangers the European Economic Community. Germany is being asked to fill the gap and Germans are not happy about that and perhaps understandably so. And the current situation will not improve if Greece renounces its debt and firms across the world, long-suffering creditors in waiting, no longer have anything to wait for.

Meanwhile, in America, concern grows about what some people call “tax equity,” meaning the need for new laws to make the rich pay their “fair share,” whatever that might be. It is admittedly difficult to arrive at a “fair-share” percentage with economists differing on the amount.

Similar concern grows over the need to raise the minimum wage to a living wage whatever a living wage today in America might actually be.

Minimum wage workers are lobbying hard for $15.00 an hour. Whether that would be a living wage or not is debated. Whether that amount should be enacted nationally or not is, of course, debated as well.

But proponents of raising taxes on the rich and paying a higher minimum wage say that if something isn’t done to solve these problems, poverty will continue to grow and people will continue to suffer.

Back in the early part of the 20th century, Henry Ford was asked why he was paying employees $5.00 a day and he is said to have responded, “Somebody has to buy this stuff,” meaning of course his automobiles.

Today, if too many Americans max out their credit cards and have little cash in their pockets, who is going to take advantage of the sales at Walmart? Who is going to be able to buy enough of the products to make the economy grow?

These are very difficult problems but it seems obvious that something isn’t right if eight men, six of them in the United States, have a combined wealth greater than half the people in the world.

And in the United States it doesn’t seem that a step in the right direction would be to reduce the taxes on our wealthiest six billionaires. Perhaps better to listen to arguments as to why their taxes should be raised and then have Congress make a decision. The bill would of course require the signature of President Trump but who knows what he would do. He is still in the early stages of his unexpected presidency and no one can be certain what he will do in many matters of great importance.

To do nothing and remain in the status quo is to risk increasing the number of poor and the United States, like the world, obviously has enough poor people as it is.

Donal Mahoney lives in St. Louis, Missouri. He has had fiction and poetry published in various publications in the U.S. and elsewhere. Among them are The Galway Review (Ireland), The Recusant (England), The Missing Slate (Pakistan), Guwahatian Magazine (india), Bluepepper (Australia), The Osprey Journal (Wales), Public Republic (Bulgaria), and The Istanbul Literary Review (Turkey). Some of his earliest work can be found at http://booksonblog12.blogspot.com and some of his newer work at http://eyeonlifemag.com/the-poetry-locksmith/donal-mahoney-poet.html#sthash.OSYzpgmQ.gpbT6XZy.dpbs

What is the racial wealth gap?