A driver who parked his car taking up two parking spaces was treated to a series of very humorous passive-aggressive notes on his windshield.

Irked motorists left a series of handwritten notes on the car after it was spotted sprawled across the two family parking spots at supermarket in West Bridgford, Nottingham.

Kirk Ward, 28, snapped the shoddy parking and selection of hand-written messages when he visited the supermarket with his girlfriend Amy Oswin, 28

One disgruntled motorist left a tongue-in-cheek diagram explaining how to correctly park a car while another fellow driver simply wrote “How incredibly selfish.” 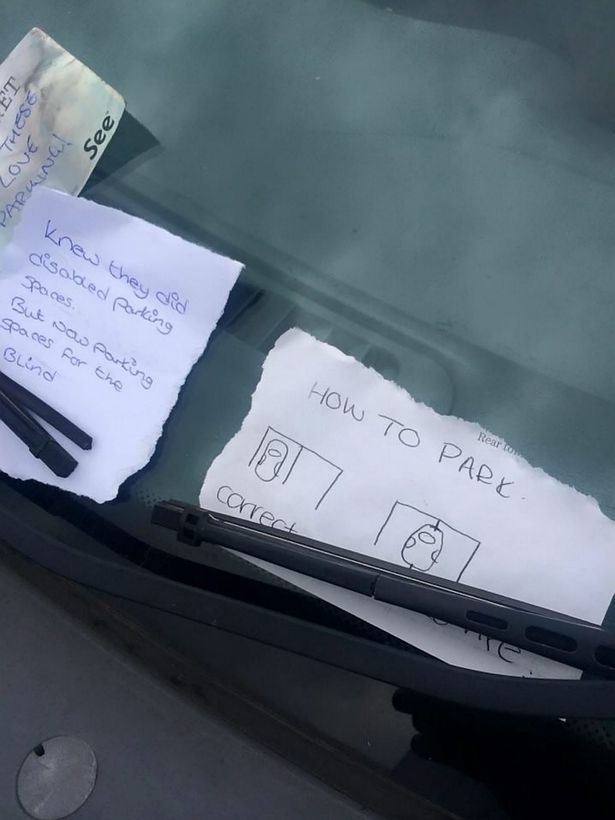 Among the upset motorists, there were a few apparent fans of the parking job who wrote: “Ignore these losers – I love your parking” and another left her number and asked: “Can you teach me how to park like this?”

Kirk, an insurance broker, from Aspley, Nottingham, said: “I drove in on Sunday afternoon and there were people gathered around the car.

“It looked like they’d put a ticket on the windscreen and Amy said it’s good they’re finally ticketing people for parking like that.

“But when I got out I realized it was just workers having a laugh at all these notes that had been left on the car.” 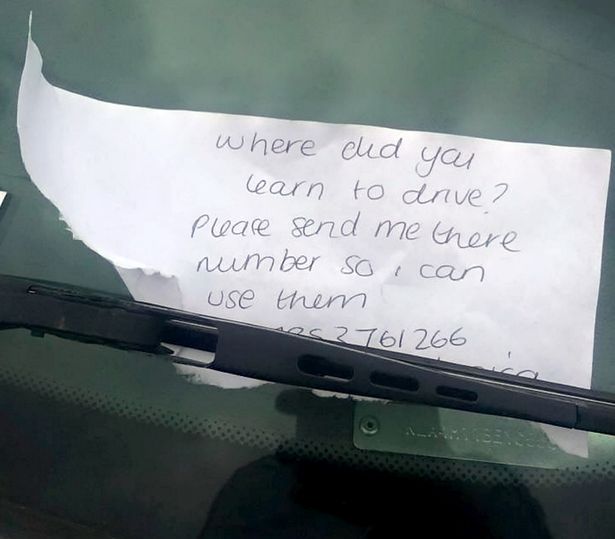 “I started reading them and I couldn’t believe it, it was hilarious.”

“I had a good chuckle with it with Amy, then as she went into the store I said I’ve got to go back, theses are going straight on Facebook.”

“When I took a picture, the workers said the car had been there since Friday.”

“Apparently the guy leaves it there regularly.”

“He pays a £70 fine every time, but still comes back and leaves it there again” 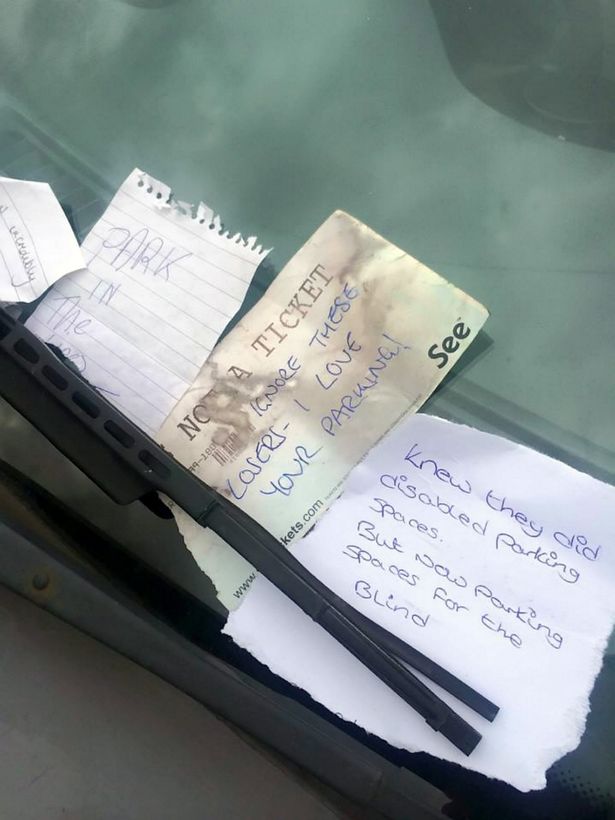 Kirk uploaded his pictures onto Facebook with the caption: “So this has happened at Asda in West Bridgford” and his pictures have been shared hundreds of times.

“I wouldn’t dare go back to my car if it was mine”.

A spokeswoman for the Asda store said she was not aware of the notes being left on the car.

She added: “The car appears to have been removed and is no longer in the car park.”