GRAPHIC WARNING: The following images depict violence which some readers may find disturbing.

Syria’s civil war is the worst humanitarian disaster of our time. The number of innocent civilians suffering has surpassed more than 11 million.

More than four years after it began, the full-blown civil war has killed over 220,000 people, half of whom are believed to be civilians. Bombings are destroying crowded cities and horrific human rights violations are widespread. Basic necessities like food and medical care are sparse.

The U.N. estimates that 7.6 million people are internally displaced. When you also consider refugees, more than half of the country’s pre-war population of 23 million is in need of urgent humanitarian assistance, whether they still remain in the country or have escaped across the borders.

These are those people… 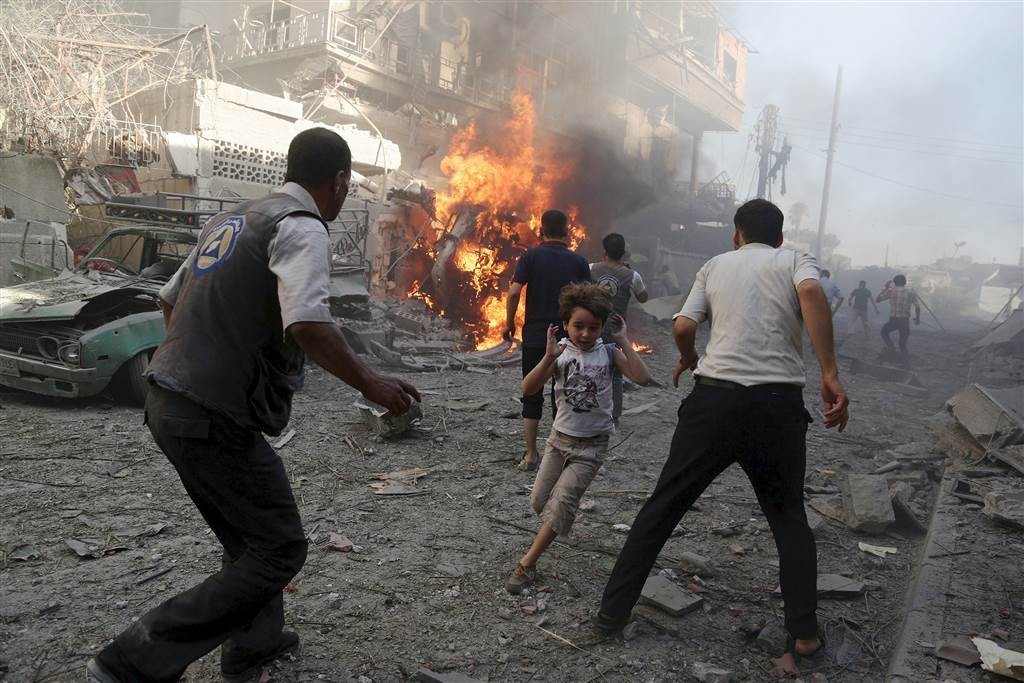 1. A boy runs as he rushes away from a site hit by what activists said were airstrikes by forces loyal to Syria’s President Bashar al-Assad in the Douma neighborhood of Damascus, Syria on August 24, 2015.

The strikes follow a violent weekend in Douma. On Saturday, at least 50 bodies were retrieved from buildings leveled to the ground after Syrian army missiles hit residential areas in the rebel-held northeast of Damascus, rescue workers said. 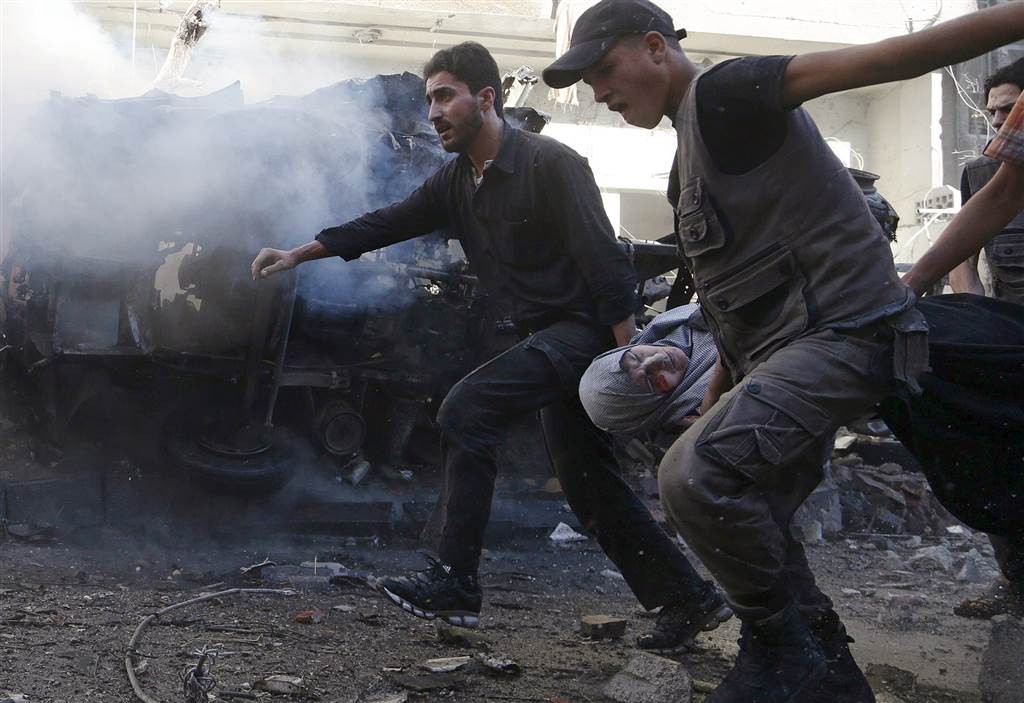 2. Men carry an injured woman after the airstrikes in Douma.

The latest casualties follow an air strike on August 16 at a bustling market place in the same area which killed at least 100 people.

The market attack on Douma was one of the bloodiest in the four-year-long war that has killed an estimated quarter of a million people and driven 10 million from their homes. The conflict grew out of protests against President Bashar al-Assad in 2011 which were put down with force. 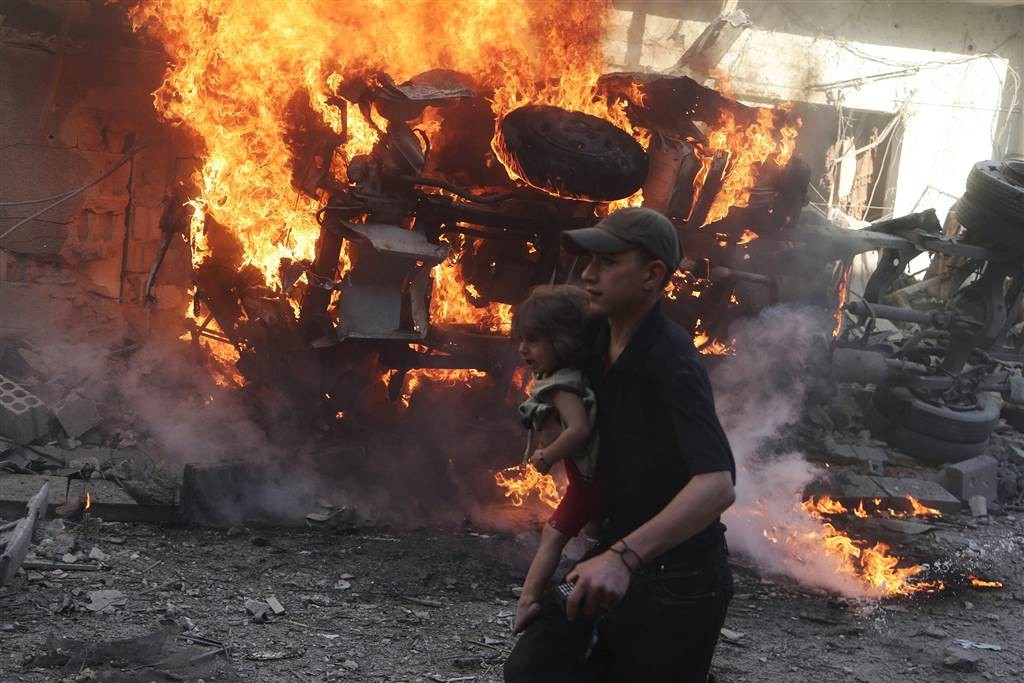 3. A girl is evacuated from the area.

A United Nations commission of inquiry into the Syrian war has previously accused the government of indiscriminate shelling and aerial bombardment, including the use of barrel bombs regularly dropped on crowded areas.

The Syrian army denies it targets civilian areas and said it strikes at hideouts of armed insurgents who seek to topple Assad. 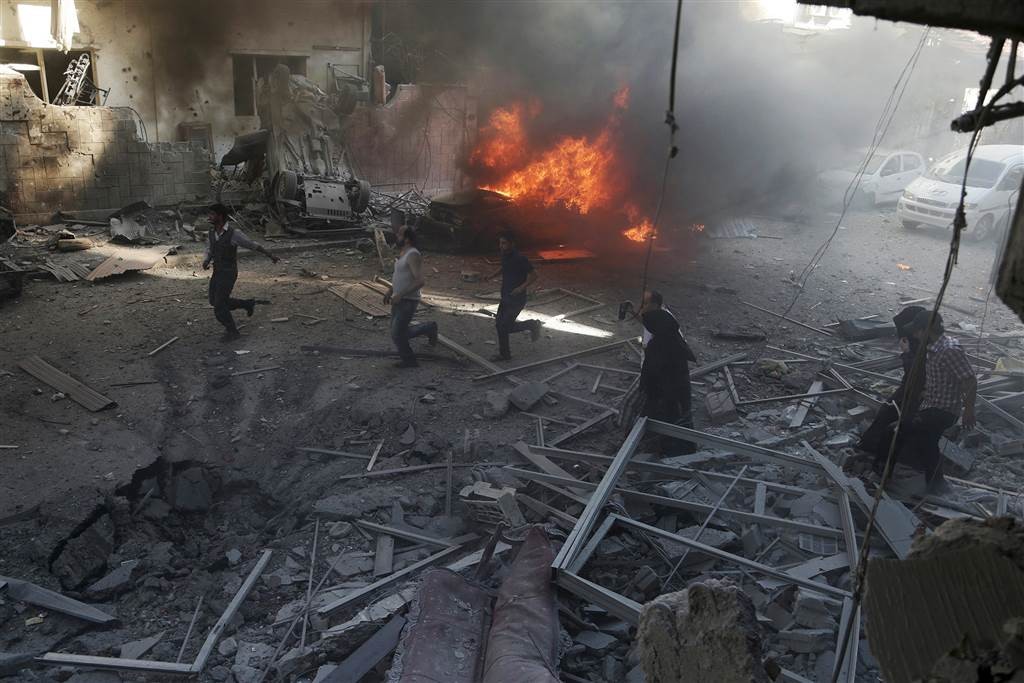 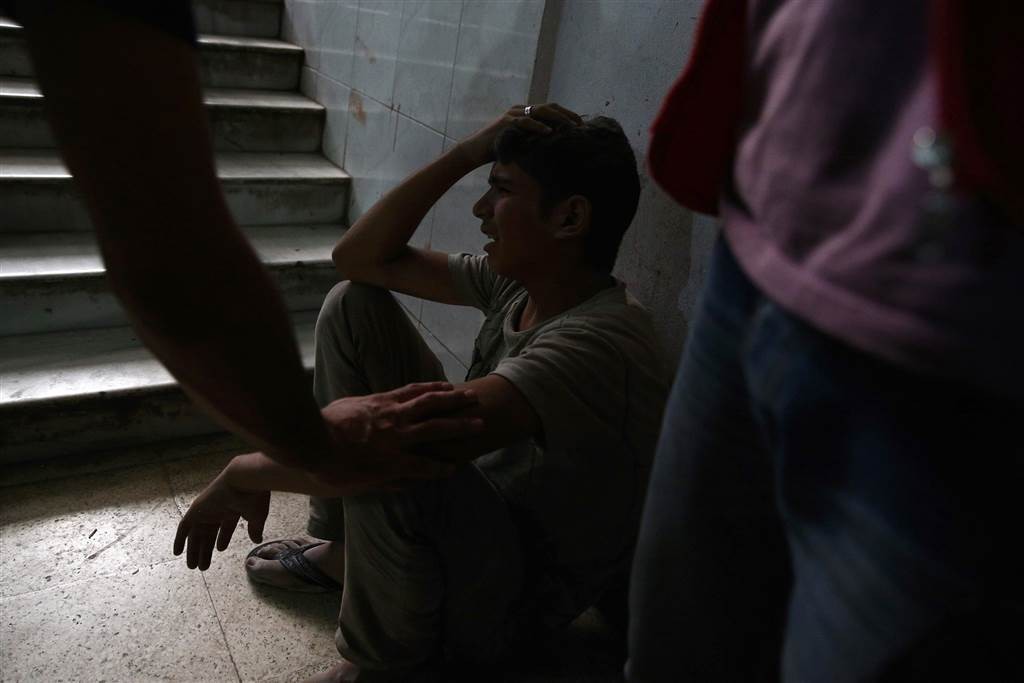 5. A Syrian boy reacts after losing a relative after air raids in Douma. 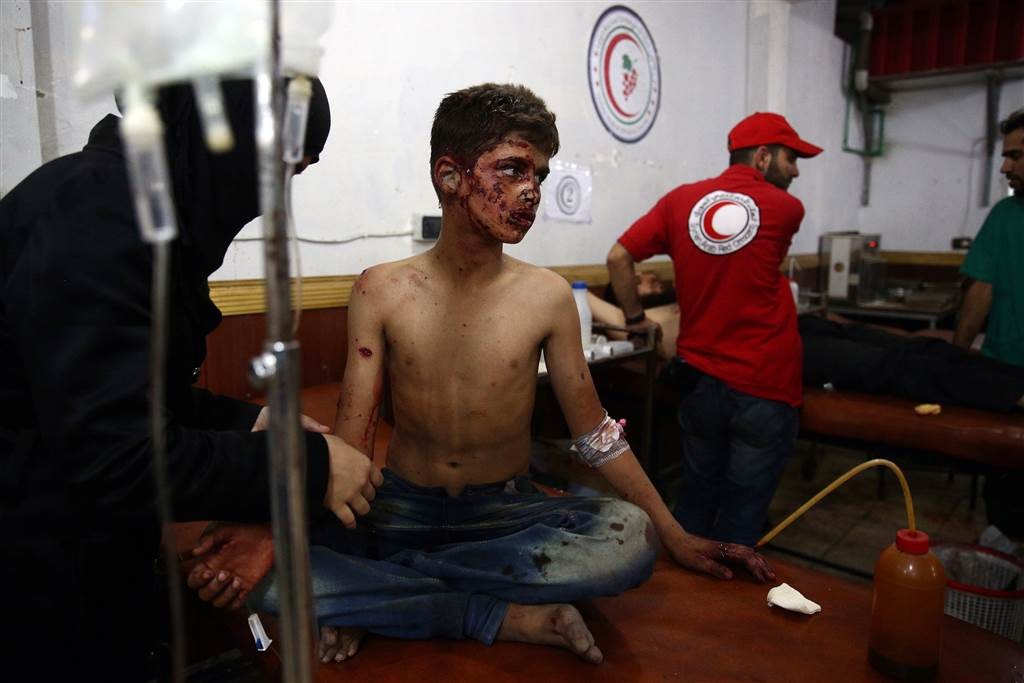 6. An injured boy receives treatment at a make shift hospital in Douma. 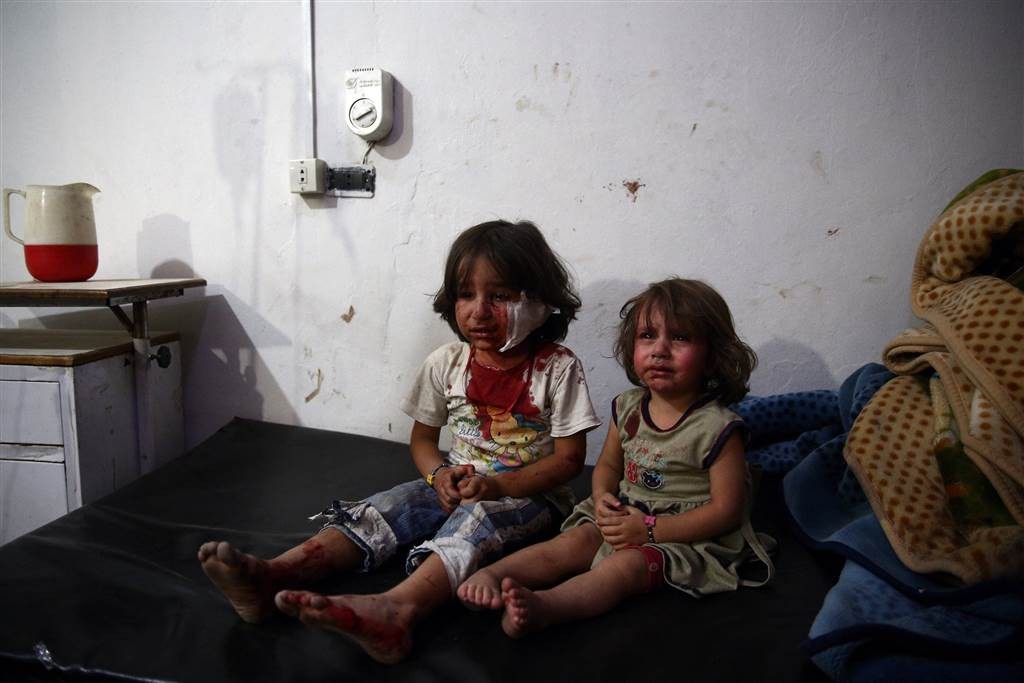 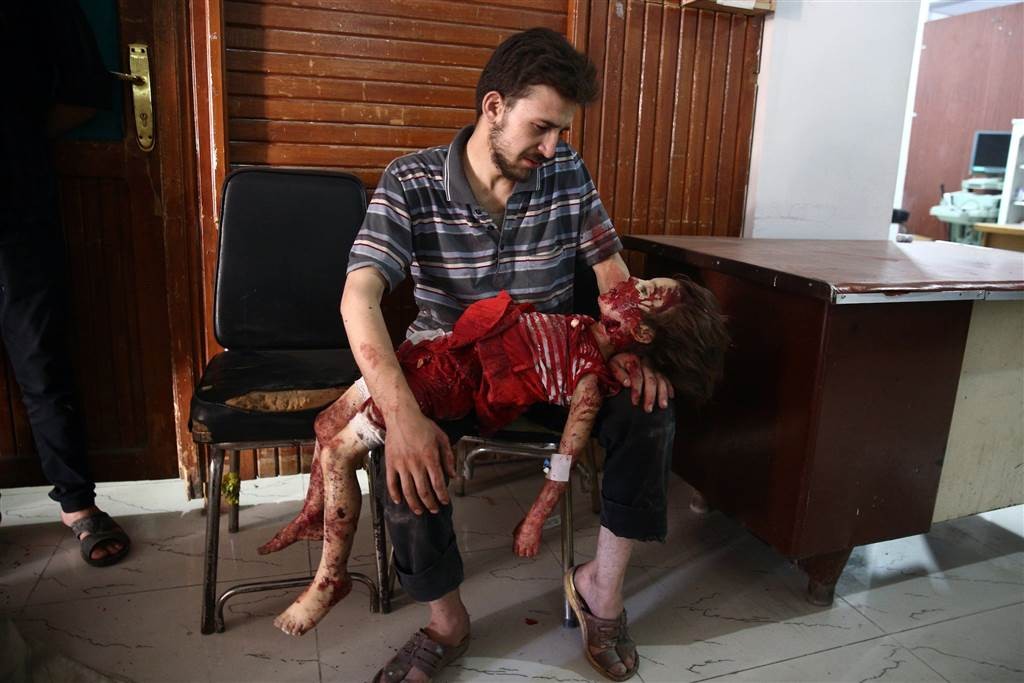 8. A man reacts as he looks at the body of his daughter, who was killed following reported air raids in Douma. 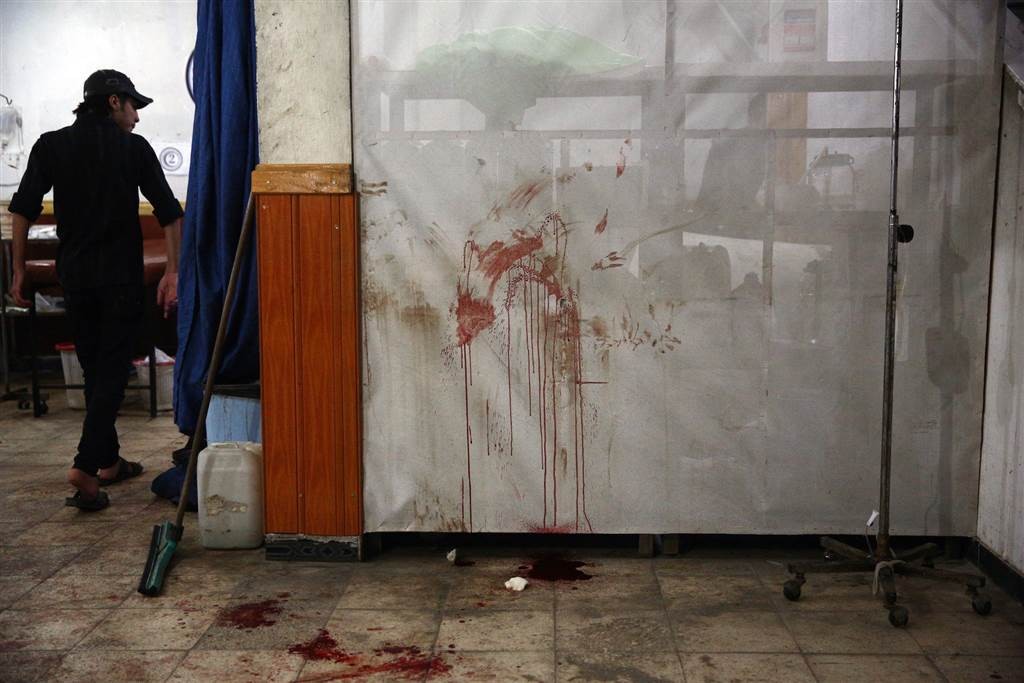 9. A medic walks past blood stains at the make shift hospital. 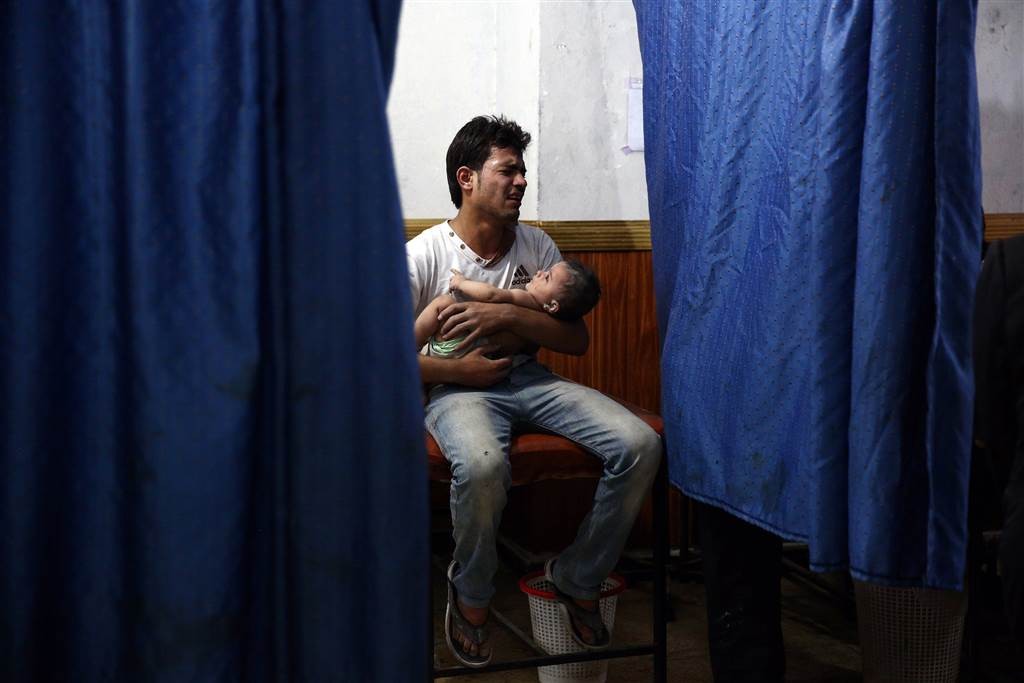 10. A man carries his niece after he lost his sister, her mother, at the make shift hospital in Douma.

Remington Outdoor Co., the manufacturer of the Bushmaster rifle used to kill 26 people in the Newtown shootings, has seen its earnings soar 52 percent over the past year, as gun enthusiasts flocked to buy a weapon they feared the government would ban.