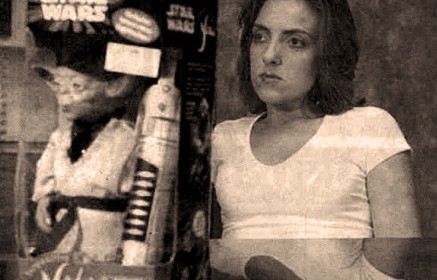 PANAMA CITY, Fla. (AP) — A former waitress has settled her lawsuit against Hooters, the restaurant that gave her a toy Yoda doll instead of the Toyota she thought she had won.

Jodee Berry, 27, won a beer sales contest at the Panama City Beach Hooters. She believed she had won a new Toyota and happily was escorted to the restaurant’s parking lot in a blindfold.

But when the blindfold was removed, she found she had won a new toy Yoda — the little green character from the Star Wars movies.

David Noll, her attorney, said Wednesday that he could not disclose the settlement’s details, although he said Berry can now go to a local car dealership and “pick out whatever type of Toyota she wants.”

After the stunt, Berry quit the restaurant and filed a lawsuit against Gulf Coast Wings, the restaurant’s corporate owner, alleging breach of contract and fraudulent misrepresentation.

The restaurant’s manager, Jared Blair, has said the whole contest was an April Fools’ joke.

Turns out, the joke was on him in the end.