How to Talk to Climate Change Skeptics

10 myths about global warming, and what the science really says.
THE REASONS FOR raising doubts about the human causes of global warming, explains
Skeptical Sciences John Cook, are often political rather than scientific. Cook hears from
climate change skeptics that ‘“its all a liberal plot to spread socialism and destroy capitalism.

However, what is causing global warming is a purely scientific question.” Cook
tries to remove the politics from the debate by concentrating on the science.
Below is Cooks list of the most-used arguments of climate change skeptics, compared
to what the science actually says.

MYTH1
“It’s the sun.” FACT: In the last 35 years of global
warming, the energy from the sun
has been decreasing while the earths
temperature has been increasing. MYTH 2
“The climate’s changed before.” FACT: The climate reacts to whatever
forces it to change. Humans are now
the dominant force causing change. MYTH 3
“There is no scientific
consensus on climate change.” FACT: More than 95 percent of scientists
working in the disciplines
contributing to climate studies
accept that climate change is almost
certainly being caused by human
activities. MYTH 4
“Global warming has stopped
and a cooling is beginning.” FACT: Empirical measurements of
the Earths heat content show the
planet is still accumulating heat and
global warming is still happening. MYTH 5
“Climate models are unreliable.” FACT: While there are uncertainties
with climate models, they successfully
reproduce the past and have made
predictions that have been subsequently
confirmed by observations. MYTH 6
“The surface temperature record
is unreliable, and affected by
artificial heat sources.” FACT: The warming trend is the
same in rural and urban areas,
measured by thermometers and satellites.
Confidence in climate science
depends on the correlation of many
sets of these data from many different
sources in order to produce conclusive
evidence of a global trend. MYTH 7:
“For the years 1998 to 2005,
the Earth’s temperature hasn’t
increased.” FACT: Globally, 2010 was the hottest
year on record, tied with 2005.
Surface temperatures show much
internal variability due to heat
exchange between the ocean and
atmosphere. Due to a strong El Nino
climate pattern, 1998 was an unusually
hot year. MYTH 8:
“An ice age was predicted
in the 1970s.” FACT: Ice age predictions during the
1970s were predominantly mediabased.
The majority of peer reviewed
research at the time predicted global
warming due to increasing C 0 2. MYTH 9:
“Antarctica is gaining ice.” FACT: Overall, Antarctica is losing
land ice at an accelerating rate
while Antarctic sea ice is growing—
despite a strongly warming southern
ocean. MYTH 10:
“A rise in carbon dioxide doesn’t
precede a rise in temperatures, but
lags behind it.” FACT: In the case of warming, the
lag between temperature and C 0 2
is explained as follows: As ocean
temperatures rise, oceans release
C 0 2 into the atmosphere. In turn,
this release amplifies the warming
trend, leading to yet more C 0 2 being
released. In other words, increasing
C 0 2 levels become both the cause
and effect of further warming.
Share this:
tagged with climate, science, skepticism 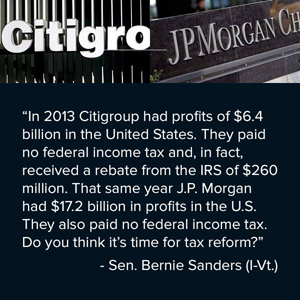