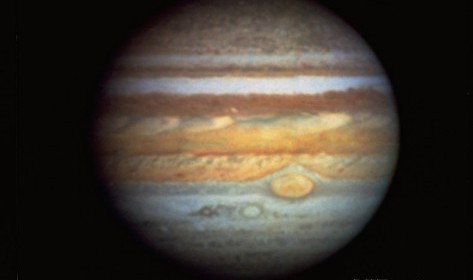 5/5 - (1 vote)
Earth may owe its existence to the planet Jupiter. New research shows that the giant planet played a key role in the formation of the solar system by barreling through it like a cosmic wrecking ball, destroying existing planets and creating debris that coalesced into new ones, including ours. Astronomers began examining this theory after finding that virtually all of the solar systems they observed around other stars have giant rocky planets orbiting their suns at very close range—closer than Mercury is to our sun.

“Our solar system is looking increasingly like an oddball,” says study co-author Gregory Laughlin. His team modeled a scenario in which our solar system originally had giant planets close to the sun, with Jupiter a bit further out than it is today. The model showed that the sun’s gravity would have pulled Jupiter into closer orbit, causing it to collide with other planetary bodies, resulting in a “collisional cascade” that eventually obliterated the other giants. Jupiter’s inward path was eventually reversed by the formation of Saturn, which had sufficient gravity to pull the gas giant back away from the sun.The planetary debris left in Jupiter’s wake? served as the building blocks for Earth, Mercury, Venus, and Mars. Laughlin concedes that his theory is unproven, but says it could explain why the inner part of our solar system “is just missing.”