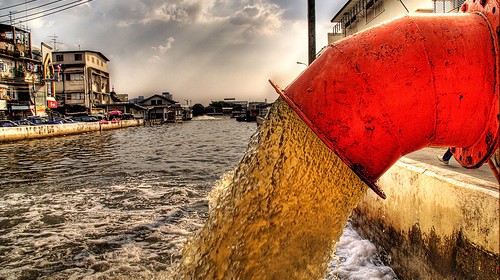 In a controversial move that has caused a massive public backlash, the city of Montreal will go ahead with their plans to dump over 2 billion gallons (8 billion liters) of raw sewage into the St. Lawrence River — Montreal’s primary drinking water supply — in mid-October.

While the Quebec Environment Minister David Heurtel has stated that the sewage dump will have “minimal consequences for the environment,” Canadian scientists and environmental activists strongly disagree.

Concordia University biologist Dr. Grant Brown believes that the amount of raw sewage that is scheduled to enter the St. Lawrence on October 18th—the equivalent of 2,600 Olympic-sized swimming pools—will throw off the vital chemical signals necessary to allow fish and other aquatic wildlife to avoid predators and find food and shelter.

City spokesman Philippe Sabourin isn’t concerned about the plan either, claiming that the fast-flowing river will quickly dilute the wastewater.  However, his statement has been publicly questioned by civil engineer Isabelle Jallifier-Verne, who is concerned about the negative effects for communities downstream from the river. Jallifer-Verne said that releasing such a high concentration of untreated human waste so quickly could pollute riverbanks and harm plants and wildlife.

Although the clearing of sewer lines in this manner has not been acceptable since the 1980’s, the city of Montreal has still obtained permission from the Environment Ministry to clear the sewer in order to continue the demolition of the Bonaventure Expressway. Concerned citizens asked the city to re-evaluate their plan after news of the massive sewage dump became public in late September.

While Sabourin said that there is no way around the raw sewage release, water treatment expert Abdelaziz Gherrou believes that there is no telling how extensive the toll of untreated waste water could be. “Why have we put in place water filtration plants if the water can dilute everything?”

Sylvain Ouellet, an environmental spokesman for Project Montreal, a citywide sustainability initiative, said, “It’s hard to believe there is no other mitigation measure that could be put in place to avoid untreated wastewater from being dumped directly into the river for a week.”

Humans account for less than 40 percent of global Web traffic; the rest is from “bots” like search engines, analytics tools, scam advertisements, and hacking tools.