New species in the Himalayas 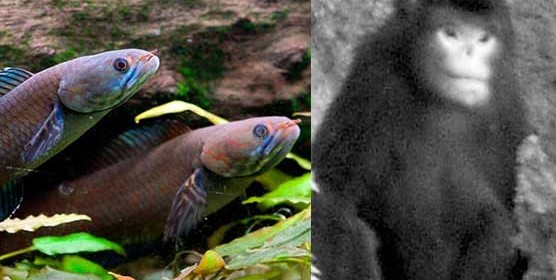 5/5 - (2 votes)
A bright blue dwarf snakehead fish that can wriggle around on land for up to four days at a time and a snub-nosed monkey that sneezes when it rains: Those are just two of 211 new species found over the past five years in the Eastern Himalayas, the World Wildlife Federation reports. The region, which spans central Nepal, Myanmar, and Bhutan, as well as northeastern India and southern Tibet, has seen the discovery of 26 fish, 133 plants, 39 invertebrates, 10 amphibians, one reptile, a bird, and a mammal. Discovering new species in the Himalayas is not uncommon for remote areas such as this.

The question is, How long will they survive? Researchers say many of these new species in the Himalayas are under mortal threat—climate change, deforestation, poaching, and pollution have left only 25 percent of the Eastern Himalayas’ original habitats intact. “These discoveries show that there is still a huge amount to learn about the species that share our world,” says WWF-UK’s chief adviser of species, Heather Sohl. “It is a stark reminder that if we don’t act now to protect these fragile ecosystems, untold natural riches could be lost forever.”

Over 200 new species found in Himalayas

“Wisdom too often never comes, and so one ought not to reject it merely because it comes late”