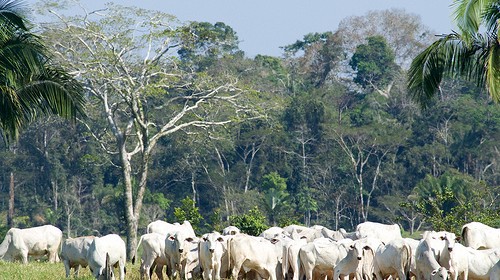 No rain forest beef: Hoping to prevent Amazon deforestation, Brazilian grocery stores say they will no longer sell beef from cattle raised on land clear-cut from the rain forests. Brazil is one of the world’s largest producers and exporters of beef, and an area of the Amazon larger than France has been cleared to create pastureland for cattle ranching. The Brazilian Association of Supermarkets signed an agreement to certify suppliers and reject meat from deforested regions. Critics said that compliance would likely be spotty since there is no independent body to certify the origin of beef.

“Life is a tragedy when seen in close-up, but a comedy in long-shot.”