The Oakland Zoo RAISED money for conservation by auctioning artwork created by giraffes, bats, elephants and other resident animals. Thirty-two works of art by more than 20 species are on auction on eBay.

Click here to view the current auctions if any are presently listed. 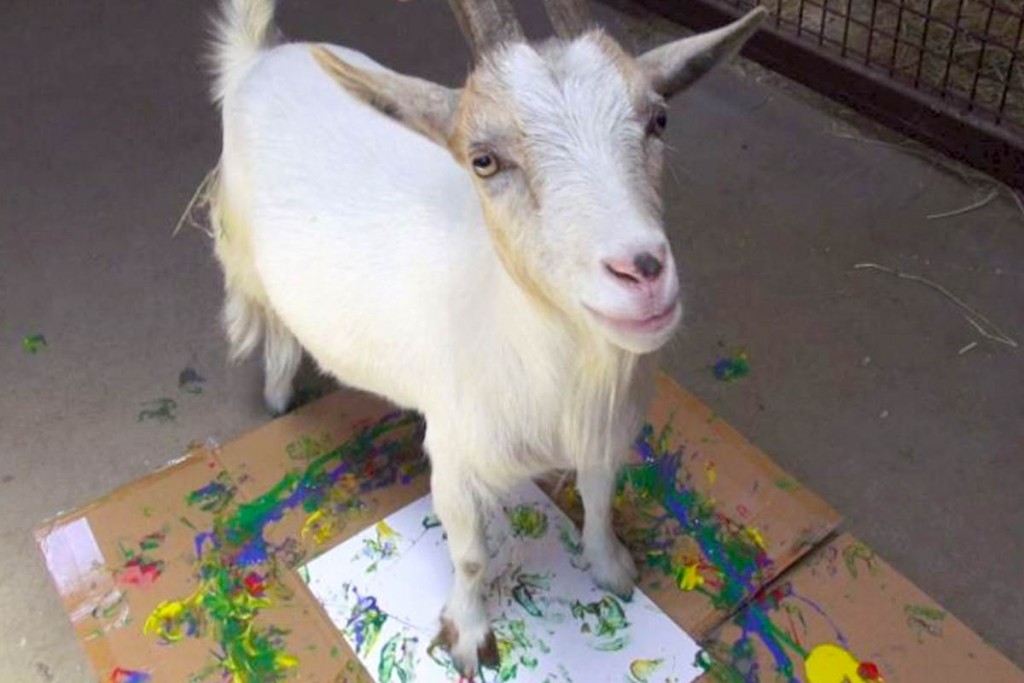 The Oakland Zoo brings the world of wildlife to children and families, featuring 400 exotic animals in naturalistic exhibits while educating visitors about wildlife, conservation and environmental preservation.

Erin Harrison of Oakland Zoo came up with the idea for an Animal Art Show in 2014 and is thrilled that the popularity and success of the project has fueled subsequent shows.

“Not only does our Animal Art Show raise much needed funds for animals in the wild, it provides many of our animal residents here at the Zoo with an enrichment activity – and gives anyone out there an opportunity to bid on a unique work of art while knowing they are helping conservation efforts around the world with their purchase,” said Harrison.

“A pat on the back, though only a few vertebrae removed from a kick in the pants, is miles ahead in results.”