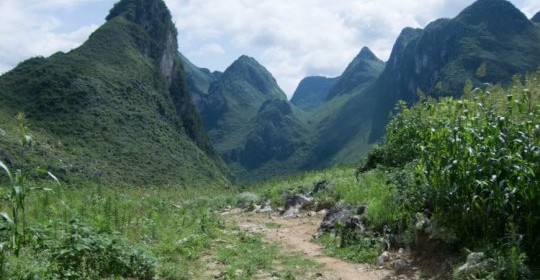 Stanford scientists have found that chronically low levels of oxygen throughout the oceans hampered the recovery of life after the Permian-Triassic extinction, the most catastrophic die-off in our planet’s history. Also known as the “Great Dying,” global ecosystems collapsed as some 90 percent of species perished in this extinction event 250 million years ago.

The new findings, published this week in the journal for the Proceedings of the National Academy of Sciences, for the first time convincingly show that ocean anoxia, or oxygen deficiency, was a global rather than an isolated phenomenon. The study paints a dire portrait of how anoxic conditions reduced seawater oxygen levels by 100-fold at the onset of the mass extinction. Oxygen levels then slowly rose, only returning to pre-extinction levels after 5 million years, corresponding to when the climate became more stable and life regained its former diversity.

“Explaining the 5 million year delay in the Earth system’s recovery to pre-extinction conditions after the Permian extinction has been a challenge,” said Kimberly Lau, a PhD candidate in Geological Sciences at Stanford’s School of Earth, Energy & Environmental Sciences. “Our results suggest a unified explanation for biological and biogeochemical observations stemming from the most severe biotic crisis in Earth’s history.”

A devastating confluence of geological events is thought to have triggered the Great Dying a quarter billion years ago, including a massive eruption of climate-changing carbon dioxide from volcanoes associated with the Siberian Traps. Numerous studies have pointed to ocean anoxia playing a role both in the actual extinction event as well as its prolonged recovery phase. But until now these studies could not reliably testify beyond local conditions to the world’s waters as a whole.

Key to the new study was identifying an anoxic signal that could be traced independently of regional circumstances. For that, Stanford researchers turned to a new technique using uranium, preserved in limestone, that had once been dissolved and mixed evenly throughout the oceans. “Because uranium is slowly cycled through the ocean, these records are thought to represent global changes in oxygenation,” Lau said.

The dissolved uranium became trapped in seabed rocks when microbes chemically modified it into an insoluble form. Some microbes also utilize iron and sulfur to generate energy, creating minerals that further pull uranium out of the water. Uranium atoms naturally occur in two isotopes, or versions with differing numbers of neutrons, and these isotopes behave differently in chemical reactions. Conveniently for the sake of gauging anoxia, the rates of these various reactions involving uranium change are based on available oxygen.

“As you start to draw down the oxygen, you really start to change the chemistry of the water,” said geochemist Kate Maher, study co-author and an associate professor in Stanford’s School of Earth, Energy & Environmental Sciences. “I think it’s amazing that we can use these very subtle chemical clues to tell us about conditions in the ocean 250 million years ago that dramatically affected life.”

With this technique in hand, Lau and colleagues obtained rock samples from two widely separated sites, now located in modern-day China and Turkey. The samples of ancient marine sediments covered a wide time interval of the Permian-Triassic boundary, and given geographical separations of thousands of miles, attest to global, rather than local seawater characteristics. “We have examined limestones that cover about 17 million years that really allow us to see patterns in oxygenation before the extinction, during the extinction, and throughout the recovery,” Lau said.

With the observed pattern of ebbing anoxia dovetailing so well with evidence of life getting back on its feet over five million years post-Permian extinction, the Stanford researchers are eager to apply their methodology in better understanding the recoveries from Earth’s other four major die-offs, with the most famous being the Cretaceous-Paleogene event 65 million years ago that killed the dinosaurs.

“The technique we used in this study is absolutely something we want to use for studying other mass extinction events, many of which have been linked to ocean anoxia,” said study co-author Jonathan Payne, an associate professor and chair of geological sciences at Stanford’s School of Earth, Energy & Environmental Sciences.

Many researchers are now taking a greater interest in the resurrection of flora and fauna worldwide following calamities, and not just how life was sent reeling in the first place.

“We tend to focus so much on the extinction event, not so much the recovery,” Maher said, “but the recovery is also a really important piece that sets the stage for what happens in the next interval of life.”

The new findings also have implications for our modern world, Payne said.

“These findings highlight the fact that ocean deoxygenation during the 21st century and beyond may lead not only to the loss of marine animal populations and species but also to unexpected feedbacks in the Earth system,” he added. “The timescales of these feedbacks are long, meaning that the consequences of profound and extensive deoxygenation today could reverberate for many centuries, millennia, or longer.”