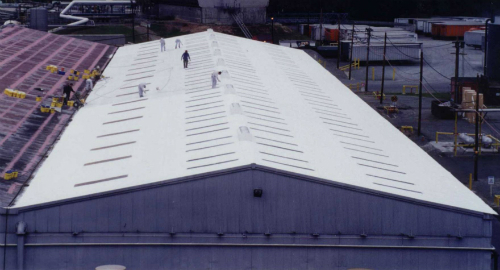 Here’s a novel idea for putting the brakes on global warming: Ask everyone in the world to paint their roofs white. U.S. Energy Secretary Steven Chu raised the idea last week at a conference in London, noting that the proposal, first put forth by researchers at Lawrence Berkeley National Laboratory in California, would reflect enormous amounts of sunlight off the Earth’s surface, causing a cooling effect. Dark-colored surfaces’ absorb heat; white and other light colors reflect it. This “completely benign” geoengineering scheme, Chu says, would be the global-warming equivalent of turning off every car on Earth for a decade. The idea’s supporters say it would also cut energy consumption by cooling buildings and reducing the need for air conditioners.

This was the most negative presidential campaign in modern history. A full 86 percent of President Obama’s television ads and 79 percent of Mitt Romney’s were negative. By comparison, Obama and John McCain spent an average of 69 percent of their TV budgets on negative ads in 2008, and George W. Bush and John Kerry spent 58 percent in 2004.