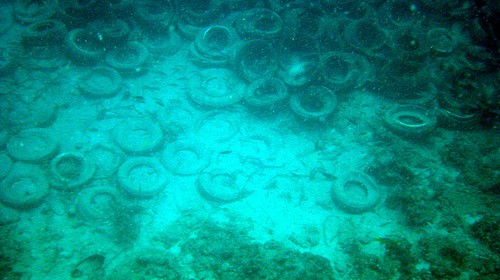 5/5 - (1 vote)
It seemed like a good idea at the time. In 1972, Broward County,
Fla., organized more than 100 boats to dump an estimated
700,000 tires into the Atlantic Ocean in hopes of sparking the
growth of an artificial reef. Ultimately corals never grew on the
bundles of tires, and over time the bundles became loose,
causing damage to nearby natural reefs. Now Florida officials
regard the underwater tire pile as an environmental calamity,
and divers paid by the Florida Department of Environmental
Protection will partially remove the pile. The agency began
the $1.2 million project with high hopes, but biologist and project
manager Pat Quinn admitted that the project will remove less
than 13 percent of the mess: “There are just tires for as far as
you can see.”
Share this:
tagged with ecology, pollution