There is little dispute that in the wake of European colonists’ arrival in the New World, Native American populations were decimated by disease and conflict. But when it comes to the timing, magnitude, and effects of this Native American depopulation — it depends on who you ask. Many scholars claim that disease struck the native population shortly after their first […]

END_OF_DOCUMENT_TOKEN_TO_BE_REPLACED 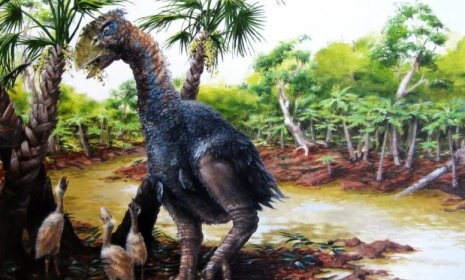 It’s official: There really was a giant, flightless bird with a head the size of a horse’s wandering about in the winter twilight of the high Arctic some 53 million years ago. The confirmation comes from a new study by researchers from the Chinese Academy of Sciences in Beijing and the University of Colorado Boulder that describes the first and […]

END_OF_DOCUMENT_TOKEN_TO_BE_REPLACED

On game day, Cowboys Stadium consumes more electricity with its air conditioning, massive scoreboard, and other power-sucking amenities than Liberia, a nation of 3.7 million people.