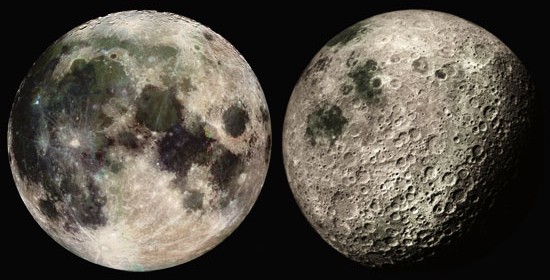 4.7/5 - (3 votes)
Some new thinking may have brought astronomers a step closer to solving the mystery of how our moon formed. Researchers have long believed that the moon was cleaved from a Mars-sized planet that collided with Earth some 4.5 billion years ago. Yet recent tests of lunar rock samples suggest that the moon’s chemical makeup is too similar to Earth’s to have come solely from a foreign body.

A team from Harvard University reexamined collision models and found that the early Earth could have been spinning much faster when it was struck than was previously believed—so fast that a day would have lasted less than 3 hours. At that rate* the colliding planets would both have-been obliterated, and the resulting debris cloud could have recombined to form Earth and its moon from roughly the same material. Experts are still debating how big Earth and the other planet were when the smashup occurred and are “only part of the way” toward settling on “a more satisfying” explanation for the moon’s origins, Cal-tech planetary scientist David Stevenson tells the Los Angeles Times. Since the crash demolished most evidence of what both planets were like pre-impact, adds UCLA astronomer David Paige, “it’s a whodunit mystery with very few clues lying around.”

Origin of the Moon

The origin of Earth’s moon has fascinated mankind for thousands of years and has received scientific attention for over forty years, building on the return of rocks from the moon and the growing understanding of planet formation. The central idea of a giant impact on Earth is widely accepted and physically appealing but the constraints imposed by isotopic geochemistry, in particular, have proved daunting. Alex Halliday talks about an issue he has organised for Philosophical Transactions A that summarises the current state of our understanding and the challenges that still remain.

Four out of 10 Millennials (40%) view their generation more negatively than their parents’ generation.