A HONEY OF A WEAPON 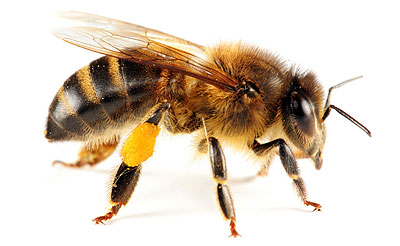 Pompey the Great’s soldiers were bone tired. For most of 65 BCE, Roman legions marched around the southern edge of the Black Sea as they battled the local ruler, Mithridates VI of Pontus. Then, something magical happened: The exhausted troops discovered a stockpile of honeycombs strewn across their path, and they fell upon the sticky treats like hungry bears.

But the local honey packed a toxic punch. Within a few hours, the troops began staggering blindly and falling to the ground. Mithridates’s supporters, who had planted the honeycombs along the soldiers’ route, promptly appeared and massacred their incapacitated enemies. Pompey lost three squadrons in the skirmish, a defeat he could have avoided had he brushed up on the region’s military history. In a book published almost 400 years earlier, the Greek general Xenophon reported that his men, after feasting on the region’s wild honey, “all went for the nonce quite off their heads.”

It wasn’t until centuries later, in 1891, that scientists discovered the cause of “mad honey”: rhododendrons. Bees feeding upon the blossoms take in not only nectar but also a grayanotoxin, a poison that disrupts the signaling ability of nerve cells. The symptoms— nausea, headache, dizziness, loss of muscle control, and unconsciousness—can resemble alcohol poisoning. But Mithridates didn’t need to know how it worked to use the honey as a weapon. His soldiers won the battle, delaying (though not preventing) the eventual takeover. As for the Romans, they never made that particular mistake again. Decades later, the writer Pliny the Elder was still warning of the “pernicious” qualities associated with the Black Sea’s golden honey.

“Imperfection is beauty, madness is genius, and it’s better to be absolutely ridiculous than absolutely boring.”