Alaska man shot himself – Waited 5 days to go to doctor 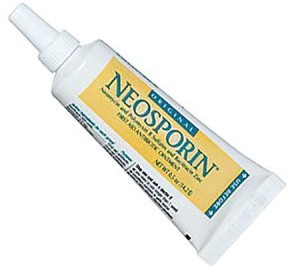 An Alaska man who accidentally shot himself in the head self-treated his wound for five days with antibiotic ointment rather than go to a doctor. Police said that James Doppler, 43, was “playing around” with his .22 long rifle when he pulled the trigger, blasting himself in the head. Doppler refused to go to the emergency room and dabbed Neosporin cream on the wound. After five days, the pain became so intense that Doppler reluctantly headed to a hospital.

“You can’t get spoiled if you do your own ironing”