5/5 - (1 vote)
For centuries, explorers and treasure hunters have searched in vain for the ancient lost White City the legendary home of a long lost Central American civilization. Now American and Honduran researchers think they’ve finally found the pre-Columbian settlement deep in the Honduran rain forest. The ruins of La Ciudad Blanca were first identified in 2012 by an aerial survey that used ground-penetrating radar to peer beneath the jungle canopy.

When the team of archaeologists trekked into the rain forest to investigate, they found the remains of a once-thriving metropolis— with an array of plazas, earthworks, and possible irrigation canals and reservoirs— dating back to between A.D. 1000 and 1400. Among the most exciting discoveries was a cache of 52 pristine stone sculptures partially buried at the base of an earthen pyramid. Archaeologists know almost nothing about the culture that once flourished in the White City; they don’t have a name for these ancient people or a reason why they disappeared.

The city’s name is believed to be derived from the white limestone rock in the area and after ancient texts described ivory temples filled with treasures. Western explorers first made reference to it from conquistador Hernando Cortes to King Charles V of Spain in 1526.

One adventurer, Theodore Morde, suggested in 1940 that the city was in fact known as the White City of the Monkey God, and saw an ancient civilization worship a giant simian deity, symbolised by a statue.

The ancient lost White City is inhabited by the Pech and Payas indigenous groups, who long spoke of such a site. The first written reference came in 1544, in a document written by Spanish Bishop Cristobal de Pedraza.

Since the artifacts have yet to be excavated, the settlement’s exact location has not been revealed. “This is clearly the most undisturbed rain forest in Central America,” says the expedition’s ethnobotanist, Mark Plotkin, “The importance of this place can’t be overestimated.”

The site was located in 2015 by a National Geographic team, who unearthed the mounds of white rubble in the shape of a monkey’s skull that experts believe to be thousands of years old. 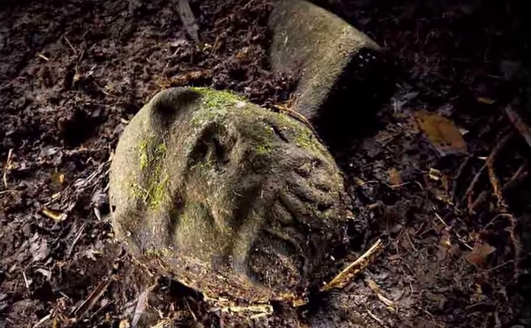