Can You Catch Obesity? 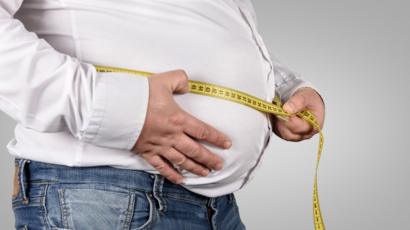 Can you catch obesity from others was studied by JAMA Pediatrics and came away with more questions.  You may find the answers in the story below.

The study was conducted on some military families that were assigned to different bases.  Some were located in countries where the locals had high rates of obesity.  Others were located in countries that had lower rates of obesity.  The study found that the families that were in the higher obesity communities were at risk of becoming obese the longer they were stationed there.

They concluded that if you live in an area that is higher in obesity residents because of their social conditions you may have the risk of becoming obese.  Most of the countries with high obese rates are more sedentary in their lives, have unhealthy eating habits and it is more socially accepted in that country to be overweight.  That is not to say that if the country has a lower rate of obesity they won’t have some that are obese, but there is a better chance of not becoming obese if you live in a more active community.

In conclusion the study shows that it depends on your environment, family background and your amount of activity that will decide your chance of becoming obese or not.

“If geniuses can sometimes make mistakes, cannot the rest of us on occasion be geniuses?”