Chipping away at our freedoms 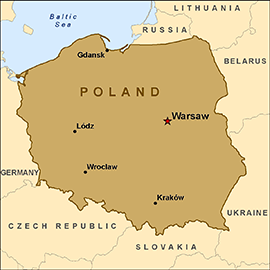 Poland is giving up the liberties it fought so hard to gain, said Jacek Zakowski. There was “no coup, no fanfare, no lofty ideas or slogans.” But slowly and incrementally, our own democratically elected government has been passing law after law restricting our freedoms. In the past six months, we’ve granted the government permission to track us through our cellphone bills, put us under surveillance, and suspend our right to demonstrate.

Each new bill has some plausible-sounding reason behind it, “but the trend’ is ominous.” The liberal democracy Poland built after 1989 is “gradually turning into a repressive democracy.” I’m not accusing anyone of a conspiracy—the governing coalition didn’t hatch some dastardly plan to enslave us all. But it is consistently expanding government surveillance and reach, for no good reason. No huge external threat menaces us; instead, the threat comes from within. “A quarter of a century after the overthrow of communism, we have forgotten why it had to be overthrown.” We remember the censorship, the empty shelves, and the tanks in the streets, “but we forgot that these were only symptoms.” The disease was the arrogance of power. And that rot can set in even in a democracy.