Class of 1943 Finally Hold Their Prom

A Connecticut high school class who had their prom cancelled by World War II in 1943, are finally dusting off their dancing shoes and holding the event  – 70 years on.

James Hillhouse High School’s class of 1943 never got to vote in their king and queen; slow dance with their sweethearts; buy corsages or try out their moves in the school hall. 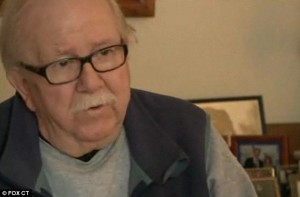 But 70 years later, as most of them are approaching their nineties and have dozens of grandchildren between them, they’ll finally get the chance to complete the high school rite of passage.

Organizer and former class president, Anthony Pegnataro, joked to Fox News: ‘If anyone can get up and dance they’ll dance but right now I don’t think I’ll make it to my chair.’

‘It all depends on how drunk they get,’ he said. ‘What’s a prom without booze? We don’t have to answer to our mother or father.’

The Branford resident himself served in the Pacific for two and a half years and spoke about the heartbreak the war brought to the New Haven teenagers, facing a very different future than they’d anticipated.

But finally using the 70th anniversary of the prom-that-never-was as inspiration he decided he couldn’t give up and has arranged the dance for May 19. 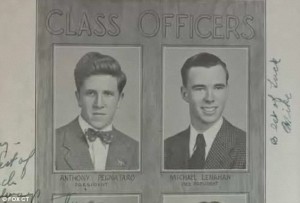 But those remaining will raise a toast in their memory at the May 19 event.

‘I look in the paper every day and there’s always two or three who’ve dropped off,’ Mr Pegnataro said.

Many things will, of course, be different.

He won’t be wearing the white dinner suit he would have done and will be taking his wife Honey, he met years after high school, as his date.

‘I would’ve been holding onto probably the sweetest girl in the class because I had my choice,’ he told the Hartford Courant.

‘We would have been doing the Lindy and the jitterbug.’

Former classmate Marylin Unger told the New Haven Register: ‘This is a biggy. I think everybody is thinking ‘who knows if there will be another reunion after this one.

‘It is very important for us to get together. We’re the lucky ones. We made it, and we should celebrate that.’ 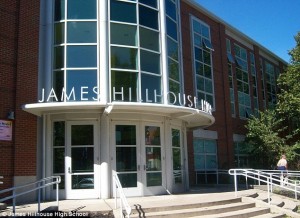 What percentage of Americans believe…

…the J.F.K. assassination was part of a government conspiracy?
(Answer: 66%)

…it’s likely (or somewhat likely) that
extra-terrestrial life exists on other planets?
(Answer: 56%)