Class of 1943 Finally Hold Their Prom

A Connecticut high school class who had their prom cancelled by World War II in 1943, are finally dusting off their dancing shoes and holding the event  – 70 years on. James Hillhouse High School’s class of 1943 never got to vote in their king and queen; slow dance with their sweethearts; buy corsages or try out their moves in […]

END_OF_DOCUMENT_TOKEN_TO_BE_REPLACED 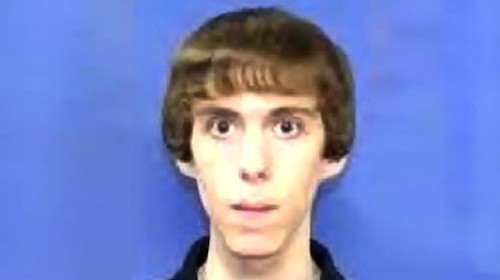 END_OF_DOCUMENT_TOKEN_TO_BE_REPLACED

Newtown, Conn. Newtown shooter Adam Lanza may have been trying to compete with Norwegian mass killer Anders Breivik when he carried out the massacre at Sandy Hook Elementary School in December. Citing law enforcement sources, CBS reported this week that Lanza wanted to beat Breivik’s “score” of 77—the number of deaths in his 2011 killing spree in Oslo and on […]

END_OF_DOCUMENT_TOKEN_TO_BE_REPLACED

■ Police in New Haven, Conn., frightened a pair of suspected car thieves into surrendering by barking at them like dogs. The two masked men had holed up in an abandoned house, where police surrounded them and threatened to unleash their canine units. But since there were no police dogs available, officers woofed like angry German shepherds. The suspects quickly […]

END_OF_DOCUMENT_TOKEN_TO_BE_REPLACED

At the same time a grand jury was hearing evidence in the Jerry Sandusky sex-abuse case, Joe Paterno negotiated a new, $5.5 million contract with Penn State that gave him a $3 million bonus for retiring, and forgave $350,000 in loans.