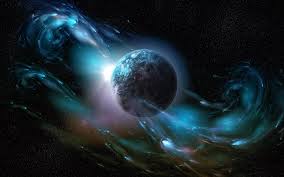 Earth’s magnetic field is weakening, and could all but disappear within the next 500 years—exposing our planet to intense solar radiation that would scour its surface of life, Reuters.com reports. Researchers say I the geological record indicates that Earth’s * magnetic field tends to switch polarity f every 250,000 years—and that it’s about 550,000 years overdue for a swap, which typically begins with the dwindling away of the field’s force. “In the past 150 years, the strength of the magnetic field has lessened by 10 percent, which could indicate a reversal is on the cards,” says Oxford University earth scientist Conall Mac Niocaill.

Mars, which scientists believe permanently lost its magnetic field some 3.8 billion years ago, could be a model for what Earth would be like if ours disappeared. Mars’s lack of a magnetosphere has allowed solar wind “to strip the atmosphere away” and upped the amount of “cosmic radiation making it to the surface,” Mac Niocaill says. A similar event on Earth would wipe out all life. Even if the field just continued to weaken, it would scramble electricity and GPS systems, and make it difficult for the many species that navigate using magnetic sensing to migrate.

“The more intelligent a man is, the more originality he discovers in others”