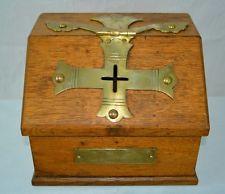 5 / 5 ( 1 vote )
It may not be big world news when an Elderly Swiss Couple Steals from church collection boxes for the mere fun of it, but it’s definitely news here!

An elderly Swiss couple began robbing church collection boxes—because, they later told police, they needed some excitement. Prosecutors said the married couple, ages 70 and 73, had a scheme in which the husband kept watch outside the church while the wife went in and grabbed the loot.They are thought to have swiped several hundred dollars since starting their crime spree. They didn’t need the cash, and confessed they only stole because they wanted the “adrenaline rush” of committing a crime.