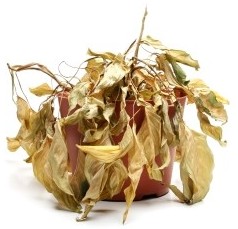 “It has happened,” said Philip Bump. For the first time in human history, atmospheric carbon dioxide levels hit a daily average of 400 parts per million (ppm) last week. “There is now more carbon dioxide in the atmosphere than at any point since 3 million years ago.” Back then, global temperatures were about 7 degrees higher, the Arctic was ice-free, sea levels were at least 30 feet higher, and Earth’s climate was dramatically warmer. This milestone should serve as a reminder that we’re headed for disaster, said A1 Gore in Huffington Post.com. Every day, human beings pour “90 million tons of global warming pollution into the sky as if it were an open sewer.” That C02 traps heat energy, preventing it from dissipating into space and altering the complex dynamics that produce hurricanes, droughts, coastal floods, and other extreme weather. Unless we alter the current trajectory, we’ll pass 450 ppm in coming decades, and maybe even 500 ppm.

So what? said Harrison H. Schmitt and William Happer in The Wall Street Journal. Carbon dioxide is not the “dangerous pollutant” that climate-change hysterics would have us believe. Earth has had as much as 3,000 ppm of C02 in past eons,
and plant and animal life “flourished” in that environment. For most plants— especially wheat, rice, soybeans, and cotton—and for the animals and humans that rely on them, extra carbon dioxide in the atmosphere actually is a benefit. Contrary to the scare stories, more C02 may make our planet friendlier to life.

That argument is “monumentally naive,” said Phil Plait in Slate.com.

In fact, it takes the prize for the most egregious piece of denialism yet. Yes, higher C02 levels may help plants grow in a small greenhouse, but in the complex atmosphere of a whole planet, they would cause massive climatic disruptions. Would it be good if Canadian farmers could start growing pineapples? No, because in Kansas, it would mean 105-degree temperatures that would incinerate all crops. There’s only one way to avert disaster—geoengineering, said Nicholas Thompson in NewYorker.com. Scientists may have to cool the atmosphere artificially, by shooting giant clouds of particles into the air to block sunlight, or creating machines that can suck massive amounts of C02 out of the air. Tinkering with nature carries grave risk of unforeseen consequences, “but it may be the only way to prevent mass calamity.”

162 THOUSAND –
Approximate number of people killed in the Syrian conflict, according to the Syrian Observatory for Human Rights, a pro-opposition nonprofit.