How caffeine sharpens your memory 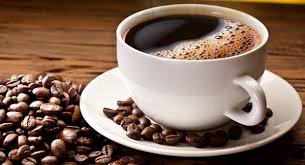 5/5 - (2 votes)
Coffee is one of the most popular beverages in the world for lots of reasons, including that it gives people a pleasant lift in the morning. New research shows that it also helps their memory. Researchers had 160 people who were not regular coffee drinkers look at pictures of objects; five minutes later they gave them either a placebo or a tablet containing 200 milligrams of caffeine— about the amount contained in a strong cup of coffee.

The next day, participants were shown a broader set of imagesand asked to identify which ones were new, old, or similar. The caffeinated group was more likely to recognize slight differences in the pictures, such as a yellow rubber duck that was fatter than the one they’d seen the day before. “Without these tricky similar items, we would have found no effect of caffeine,” University of California, Irvine, neuroscientist Michael Yassa tells Forbes.com. “However, using these items requires the brain to make a more difficult discrimination—what we call pattern separation, which seems to be the process that is enhanced by caffeine.” It’s that form of memory that people use, for example, to recall where they last parked the car.