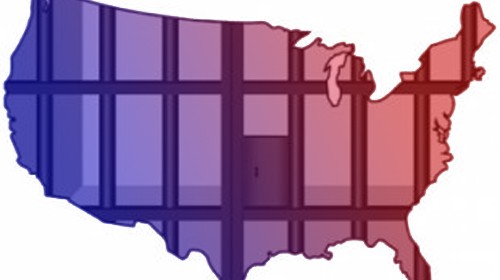 THE UNITED STATES has the highest incarceration rate in the world. In fact, according to the most recent data, the U.S., while having only 4.5% of the world’s population, holds 21 percent of the world’s prisoners. The last few years have shown a slight decrease in incarceration rates, but law enforcement policies continue to both target racial minorities and to foster high recidivism rates. And with the rise of private, for-profit prisons, putting Americans behind bars is becoming an increasingly lucrative business.

■ U.S. jails and prisons currently house 2.3 million people – and one in every 33 adults is behind bars or on probation or parole.

■ Approximately 700,000 ex-offenders are released from prison each year, and more than 40% of them are re-incarcerated within three years of their release.

■ The national unemployment rate is 7.8%, but even before the recession, unemployment was roughly 75% for ex-offenders in the year after release.

Over the past two decades, use of prescription painkillers such as Oxycontin has soared 1,000 percent, and in 15 states, overdoses of prescription drugs have replaced car crashes as the leading cause of accidental death.