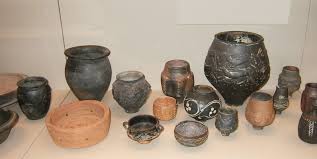 Modern cooks could probably find their way around a Roman culina. The kitchens featured an oven of sorts and pots and pans made of metal. One major difference, however: Those utensils packed plenty of lead. Soft, flexible, and wonderfully ubiquitous, lead was used to make Roman pipes, coins, and wine jugs. It was even used in face powders and paints. As historian Jack Lewis notes in EPA Journal, the Romans “thought nothing of washing down platters of lead-seasoned food with gallons of lead-adulterated wine.” The result “was the death by slow poisoning of the greatest empire the world has/ever known.”

According to one study, two thirds of Roman emperors—from Caligula to Nero—showed symptoms of lead poisoning. Another analysis of bones from Roman cemeteries uncovered lead deposits that measured three times the World Health Organization’s standard for severe lead poisoning. From top to bottom, lead is bad news for the human body: It damages the kidneys and heart, it impairs the production of red blood cells, and it inhibits the growth of bone cells. But it’s also a neurotoxin, disrupting cognitive processing and affecting the regulation of brain cell growth so severely that synapses often fail to form.

As a result, some historians believe that the poison eventually compromised not just the brains of Roman emperors but everyone in Rome. Suddenly, Caligula declaring his own divinity, appointing his horse to the Senate, and ordering his soldiers into the ocean to “fight the sea god” makes a little more sense.