Makes on a plane

■ A flight from Los Angeles to Philadelphia was forced to make an emergency landing after a passenger’s service dog repeatedly pooped in the aisle. The dog,Truffles, lost control of his bowels an hour into the flight, and the stench caused passengers to vomit. “That is the worst blowout I have ever smelled,” said one traveler. When flight attendants ran out of paper towels to clean up the mess, the pilot decided to land in Kansas City. After being cleaned, the plane resumed its journey, but without Truffles and his owner, who were rebooked on another flight. 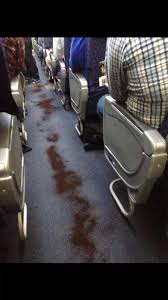