Mosquitoes Bring Chikungunya To The U.S. 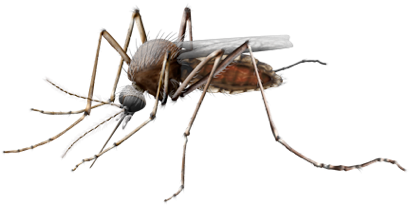 Chikungunya is a serious health threat. Mosquitoes once limited to tropical I regions are spreading north to the U.S., carrying both dengue fever and Chikungunya, a virus that causes fever, chills, headache, and punishing joint pain that can persist for years. Once a relatively obscure illness limited mostly to Africa, Chikungunya (pronounced chicken gunya) has transformed over the past decade into a global menace.

The disease, whose African name means “to walk bent over,” is carried by the tiger mosquito and Aedes Aegypti, two species that are fast spreading to new areas around the world.These mosquitoes also carry dengue fever, which causes severe, flu-like symptoms and infects 100 million people worldwide a year. Researchers at Oxford University created global distribution maps of the two species, and found concentrations growing in China, southern Europe, Brazil, Mexico, and the U.S.

So far, the invasion has resulted in more than 1 million Chikungunya infections in Latin America and the Caribbean, and 11 cases in Florida. More than 2,300 Americans came down with the disease last year after trips to the tropics. Most people recover after several weeks of misery, though some develop chronic joint pain. If pregnant women are infected, their fetuses can develop neurological problems. If you suspect that you have been infected with the Chikungunya virus you must seek medical attention immediately.

Researchers warn that the virus may gain a foothold in Florida and spread north, as mosquitoes adapt to temperate climates or respond to global warming. Chikungunya, says infectious disease expert Stephen Higgs, “could become widely distributed in the U.S.” There is currently no vaccine or treatment for either Chikungunya or dengue fever. This makes the virus a serious concern for health officials across the globe as the virus continues to spread. Precautions and education is the best weapon in our arsenal at this point in battling this virus. Protect yourself when outdoors with bug repellent sprays. Most recommended are ones containing Deet which is known to be most effective.

“All the world’s a stage, and most of us are desperately unrehearsed.”