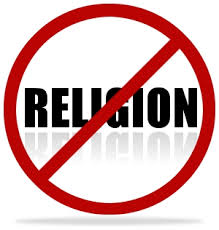 People who say they are unaffiliated with any religion constitute nearly 20 percent of the American public, making them almost as numerous as Catholics, who accounted for 22 percent of participants in a new Pew Research Center study released Oct. 9.

The survey of 2,973 adults conducted this summer found people who say they are atheist, agnostic or “nothing in particular” grew by almost 5 percentage points since 2007, from 15.3 percent to 19.6 percent of the population.

“These are not necessarily non-believers,” said Greg Smith, senior researcher for the Pew Forum on Religion & Public Life, at an Oct. 9 discussion on the study hosted by “Religion & Ethics Newsweekly,” a PBS TV show. “They’re just not associated with any faith in particular.”

Kim Lawton, managing editor for “Religion & Ethics Newsweekly,” said although the study shows that the vast majority of Americans still are affiliated with a faith, the report stands out for the rapid growth it shows in the unaffiliated segment.

Those who said they identify with “another faith” grew throughout the five-year period, from 4 percent to 6 percent of the survey.

Only 2.4 percent of the unaffiliated category described themselves as atheist, and just 3.3 percent said they are agnostic.

The majority in the category—13.9 percent of the total survey—described themselves as nothing in particular.

The percentage of veterans wounded in Iraq or Afghanistan who have trouble sleeping.