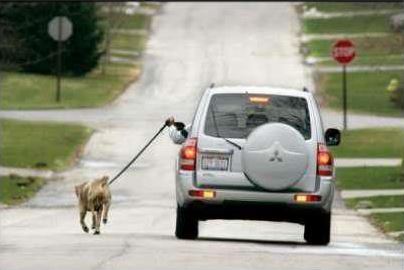 ■    Residents of New York City’s SoHo neighborhood are now paying a delivery service $100 for a single “Cronut”— a trendy new combination of a croissant and donut.The line at the bakery that makes the coveted pastries begins forming at 5 a.m., with a limit of two per customer. So Premium Cronut Delivery sends employees to stand on line.The price for obtaining 10 Cronuts is $3,000.

■    An upstate New York high school student says he had to quit a Christian school because he was relentlessly bullied about his Canadian heritage. Noah Kilpatrick, 15, says that the faculty at the Faith Fellowship Christian School told him that Canadians “were all stupid,” and that being called a Canadian “was not a compliment.”

Honest campaigns, after a cat named Morris entered the may-oral race in Xalapa, a crime- and corruption-ridden Mexican city. “He sleeps almost all day and does nothing,” said Morris’s owner, Sergio Chamorro, “and that fits the profile of a politician.”

Miracles, after a drunken British man on vacation in New Zealand astonished doctors by surviving a fall from the balcony of a 15th-floor apartment. “Everyone tells me I’m a very lucky man,” said Tom Stilwell, 20, who suffered multiple fractures.
Bad week for:

Letting go of material things, after two Buddhist monks from Thailand were videoed wearing stylish aviator sunglasses and expensive wireless headphones while riding on a private jet. Officials reprimanded the monks for “not adhering to Buddha’s teachings of simplicity and self-restraint.”

Consumer complaints, after a British man called the police emergency line to complain that the prostitute he’d ordered wasn’t attractive enough. “She misdescribed herself and misrepresented herself,” said the dissatisfied john. “Basically she was ugly.”

Pest control, after a New Jersey man tried to clear his home of bedbugs with a space heater, a hair dryer, and a heat gun and set the house on fire. Bedbugs can be killed with high, sustained heat, but a local fire chief suggested that anyone with an infestation “call the professionals.”

Nearly nine in 10 U.S. counties now have no abortion providers.