Our culture’s worship of celebrity 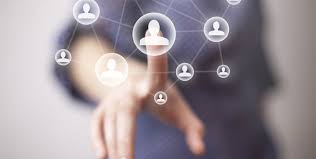 It was in F. Scott Fitzgerald’s Jazz Age that the modern concept of celebrity was born, said George Packer. But if the worship of gaudy wealth and fame began in The Great Gatsby era, we’ve taken it to new, “perverse” heights in 21st-century America. Today, celebrity demigods dominate every field: There are celebrity chefs, bankers, computer engineers, chief executives, hip-hop moguls, and reality-TV stars. “This jet-setting, Davos-attending crowd constitutes its own superclass,” amassing more and more wealth and power even as the country’s middle class loses theirs.

Martha Stewart tells the unwashed masses how to decorate and cook, while Michael Bloomberg—one of America’s richest men—rules over its largest city. To address the misery of the world’s poor, we turn to the superheroes Bono, Bill i^ates, and Mark Zuckerberg. “Instead of a vibrant literary culture, we have Oprah’s book club.” As inequality grows, average folk willingly “yielc their dreams to the gods,” adopting the superrich’s “brands” as badge; of validity and identity. Even Gatsby would be astonished.